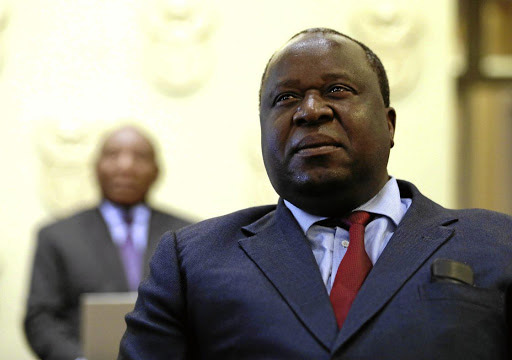 As you are no doubt preparing for the most challenging budget in recent SA history, we would like to propose a few options to ease the burden on South African taxpayers.

Dear South Africa (Dear SA) is a public participation organisation providing a voice to all South Africans on legislative and policy issues that concern them. We have the benefit of insight, gained from hundreds of thousands of comments from people of all demographics, on topics such as land expropriation to vaccine rollout, employment equity, the planned nuclear build, proposed regulations governing crypto assets, and many more.

Based on the concerns raised in these many campaigns, we believe the following distils and reflects the many South Africans' concerns around budgetary priorities.

We are heartened by your decision to implement zero-based budgeting, starting with a pilot at the Department of Public Enterprises, and National Treasury, commencing 2021 and integration into the Budget system by 2023.

We urge this system of zero-based budgeting be treated as what it purports to be – a blank sheet of paper without attached history or legacy. Do we need so many ministries – do we need Basic and Higher Education as separate departments? And on the subject of education, what return are we receiving on this massive annual spend? Our schools are currently out of commission because of the Covid lockdown restrictions, yet salaries and rents must be paid. Perhaps this is an excellent opportunity to rethink the entire education system to achieve better outcomes for far less money. We believe it can be done using a hybrid of online and physical tuition.

An honest appraisal of the 30 ministries in our government should enable a healthy culling of fruitless and wasteful expenditure. Do we need 30 ministers and their deputies, their associated housing and other costs, including entourages?

Of equal concern is the number of state-owned enterprises that have proven unequal to the task of managing their affairs. They have become perpetual wards of the state. The time to trim their sails is now.

We fully endorse your plan to implement zero-based budgeting but believe you should roll it out with far greater speed than planned. We know of many professional accountants and budget analysts eager to assist in this regard.

Time to put SAA to sleep

A clear front-runner towards trimming the budget is SAA – the recipient of more than R60 billion in bail-out funding; or R80 billion if the cost of guarantees is included over roughly a decade. Like many South Africans, we are left wondering how many hospitals and schools could have been built for this massive sum of money.

Minister Mboweni, your Medium-Term Budget of October 2020 allocated R10.5 billion to SAA to implement its business rescue plan. And that was over and above an earlier allocation of R16.4 billion to settle their guaranteed debt and interest. You also allocated R3 billion to the Land Bank with another R7 billion to come.

The cost of implementing the Covid vaccine plan for the entire SA population is likely to be north of R30 billion. It is time to say goodbye to SAA and perhaps some other state-owned companies whose sell-by date passed some time ago. If reprioritising spending is the objective, then Covid indeed takes precedence over SAA.

Within your budget framework, there are innumerable sacred cows that can, and must, be sacrificed.

Get SA back to work

Minister Mboweni, what's needed is to get SA back to work. Your colleagues in Cabinet can take action to tremendously assist this process, such as curtailing the privileges extended to trade unions through bargaining councils. Perhaps consider if the recently enacted Minimum Wage Act had a counter-productive effect by making new hires unaffordable for struggling businesses.

Impose a freeze on legal action against debtors

Minister, tens of thousands of us have fallen deeper into debt as a result of the lockdown. The government imposed a three-month freeze on evictions at the start of the lockdown. That freeze has long since been lifted, resulting in a flurry of legal action by lenders against borrowers —what a terrifying experience for most.

Why not follow international best practices. Impose a total freeze on legal action against home and vehicle owners until the Covid disaster has passed. Allow borrowers time to get back on their feet and resume payments. The crisis was not of our making, nor should we be held to account for its inevitable consequences. We cannot allow lenders to pursue their customers in such an aggressive manner. These are not normal times.

We witnessed the same behaviour from banks after the 2008 financial crisis when banks evicted tens of thousands of homeowners from their homes. This time the consequences could be far worse.

Minister Mboweni, instruct the banks to suspend any legal action whatsoever until the crisis is over. To do otherwise will lead to a massive humanitarian crisis.

Minister, as you are undoubtedly aware, we are in danger of finding ourselves on the downside of the Laffer Curve. Raising tax rates will no longer result in higher collections.

SA's small tax base, relative to its population, is in danger of veering into revolt. That revolt may express itself in numerous ways, such as non-compliance and emigration.

The language from SA Revenue Services (SARS) has become more aggressive in recent months, perhaps understandably – it has to meet its collection targets. But the pressure on SARS comes from the government, which has over-burdened the tax base through substantial growth in public sector spending.

The reality is that we have reached the end of this road. Trim the public sector wage bill, and far more aggressively than was proposed in your Medium-Term Budget. However, to start trimming the budget in the absence of a sustainable economic reboot, based around private enterprises, will lead to social chaos.

Minister Mboweni, we understand the difficulties you must be facing, and there are no easy options. But, the country is looking at you to shine a light through the shadows. Therefore, we offer these suggestions to you in all sincerity to assist you in the Budget process.

Rob Hutchinson,
MD, Dear SA
084 557 4828
This email address is being protected from spambots. You need JavaScript enabled to view it.