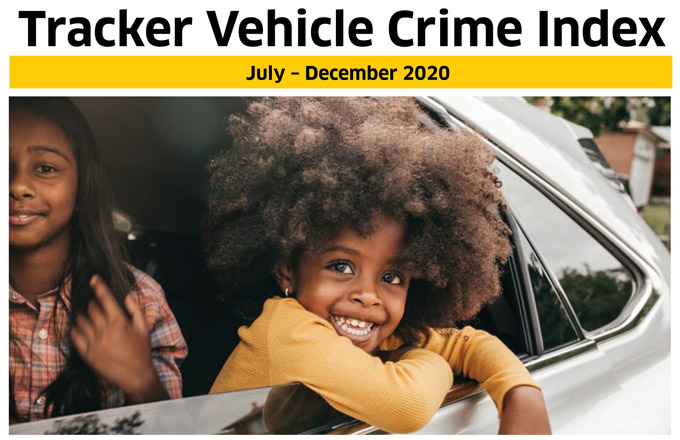 Tracker’s vehicle crime statistics for the period July to December 2020 reveal a 13% decrease in the number of vehicle crime activities reported nationally compared to the same period in 2019. Recorded from Tracker’s more than 1.1 million installed vehicle base, the statistics indicate that theft decreased by 21%, while hijacking saw a 5% reduction.

Hijacking still attributes a higher percentage of vehicle crime than theft, averaging a 53/47 split, and Tracker calls on the public to remain vigilant at all times. The slant towards hijacking is most likely an opportunistic tactic, with a noticeable increase in vehicles being targeted for their loads, particularly fast-moving consumable goods. Drivers carrying large amounts of cash are also being targeted.

“The decrease in vehicle crime could be attributed to fewer vehicles on the road compared to the previous year, as South Africans continue to restrict their movements to help prevent the spread of Covid-19,” says Ron Knott-Craig, Executive: Operational Services at Tracker South Africa. “However, it is important that we don’t become complacent. While driving, be vigilant about your surroundings. Be alert and on the lookout for suspicious persons or vehicles. Avoid distractions such as talking on your mobile phone. Also, always try to park your vehicle in a properly secured parking area, and make sure the doors are properly locked before leaving it.” 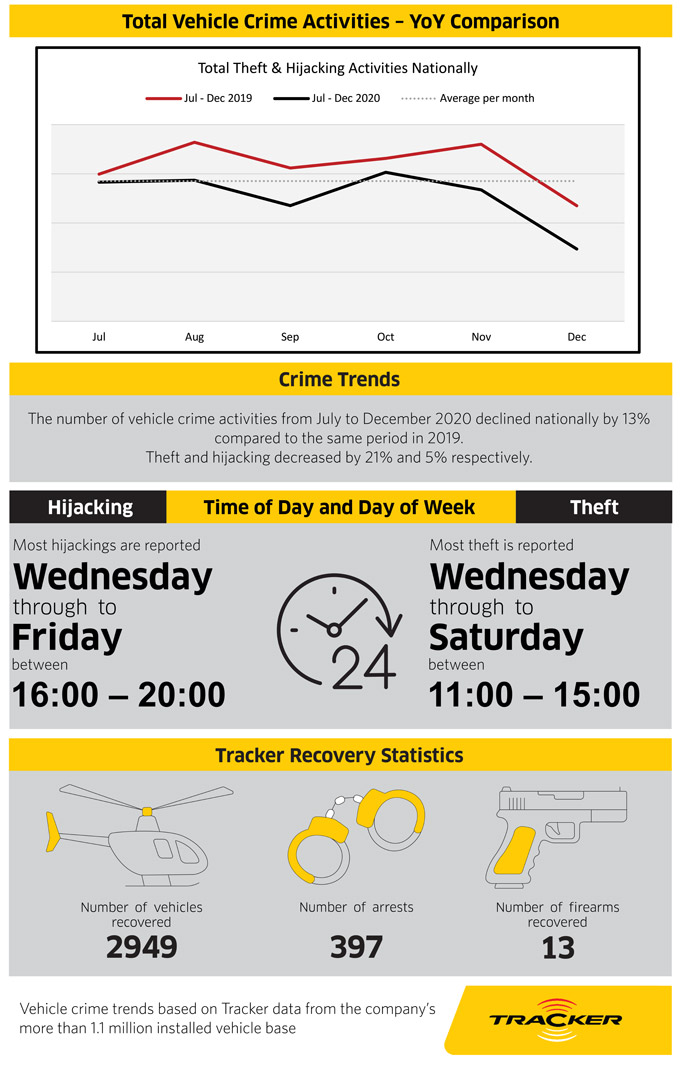