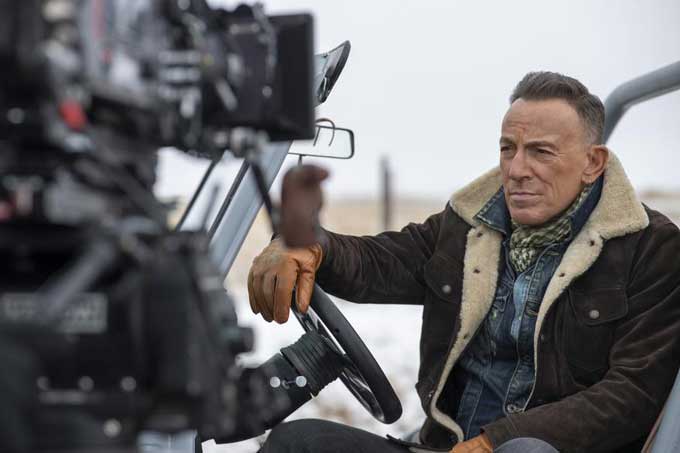 Bruce Springsteen and the Jeep® brand have joined together to launch the two-minute film “The Middle.” The film can now be viewed across the Jeep brand's social media channels, and it will make a one-time television appearance during tonight's Big Game. The campaign debuts nearly 10 years to the day from the launch of the “Imported from Detroit” campaign.

Bruce Springsteen was intimately involved in creating “The Middle” and worked closely with longtime director Thom Zimny. He wrote and produced the original score with frequent collaborator Ron Aniello.

Said Jon Landau: “Olivier Francois and I have been discussing ideas for the last 10 years and when he showed us the outline for ‘The Middle,’ our immediate reaction was, ‘Let’s do it.’ Our goal was to do something surprising, relevant, immediate and artful. I believe that’s just what Bruce has done with ‘The Middle’.”

"From 'Imported from Detroit' and 'Halftime in America' to 'Farmer,' and most recently 'Groundhog Day,' we have looked at making meaningful and emotional connections with millions of viewers, with cultural relevancy at the core of our communication," said Olivier Francois, Global Chief Marketing Officer, Stellantis. “'The Middle' is a celebration of the Jeep brand’s 80-year anniversary and, more timely, it is a call to all Americans to come together and seek common ground as we look collectively to the road ahead.”

Added Francois, “Bruce Springsteen was instrumental in crafting this joint message. His experiences and perspective have often been called upon to bridge a divide. Now seems to be a time when a message like this is greatly needed.”

The Jeep brand campaign was created in partnership with Doner agency in Michigan.

Over the last decade, the Jeep, Dodge and Ram brands have evoked aspirational messaging in their Big Game campaign efforts. While “Imported from Detroit” spoke to the grit, ingenuity and determination of the American (Detroit) automotive workforce in 2011, the following year “Halftime in America” sought to galvanize Americans going through challenging times, with Clint Eastwood stating, “This country can't be knocked out in one punch. We get back up again.” Then, in 2013, the Ram brand launched “Farmer,” acknowledging and honoring American farmers through the iconic words of legendary radio personality Paul Harvey.

More information regarding production of “The Middle.” - FACT SHEET

VO: There’s a chapel in Kansas.

Standing on the exact center of the lower forty-eight.

All are more than welcome.

To come meet here, in the middle.

The middle has been a hard place to get to lately.

Between red and blue.

Between servant and citizen.

Between our freedom and our fear.

Now, fear has never been the best of who we are.

And as for freedom, it’s not the property of just the fortunate few; it belongs to us all.

It’s what connects us.

And we need that connection. We need the middle.

We just have to remember the very soil we stand on is common ground.

So we can get there.

We can make it to the mountaintop, through the desert...

and we will cross this divide.

Our light has always found its way through the darkness.

And there’s hope on the road… up ahead.