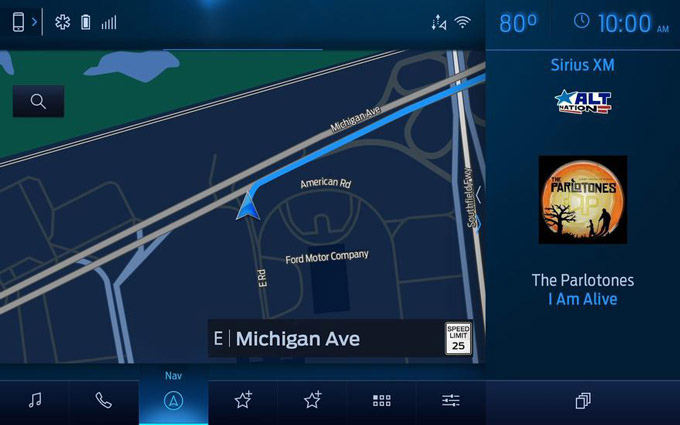 We often take for granted the crystal-clear AM and FM radio signals that we’re able to receive and listen to while in our car. However, during the 1930s, car radios looked and sounded a lot different to the sleek and compact designs we know today. Early radio devices were so enormous that they occupied the entire back seat of a car and the power required to run them often came at the expense of the car’s own performance. Car radios in their early stages of development were also luxury items owned by the very wealthy – it was not uncommon for a radio to cost nearly half of the vehicle’s purchase price!

In 1930, the American Galvin Manufacturing Corporation launched the world's first commercially available in-car radio called the Motorola - a combination of the words 'motor' and 'Victrola' - the brand name of a very early record player. However, it was only when Ford began offering factory-fitted Motorola AM radios in its new cars coming off the assembly line in 1933 that in-vehicle audio really took off, and soon became an auto manufacturing industry standard.

On 13 February, Ford South Africa pays homage to the 10th anniversary of World Radio Day and more than 110 years of radio. Every year the organisers of World Radio Day select a theme and taking into account the worldwide COVID-19 pandemic, this year’s theme is ‘A New World, A New Radio.’

According to the World Radio Day’s United Nations website, “New World, New Radio is an ode to the resilience of radio. It is a tribute to its capacity for perpetual adaptation at the rate of societal transformation and listeners’ new needs. Accessible anywhere and anytime, radio reaches a broad audience. It presents itself as an arena where all voices can be expressed, represented, and heard hence why radio is still the most consumed medium worldwide today.”

Most radio is still consumed inside a vehicle compared to anywhere else so its importance as standard equipment in almost all new vehicles has not been diminished, but instead has evolved. Ford’s revolutionary SYNC®4 system, which is currently fitted to models like the Mustang Mach-E, is faster, easier and simpler than ever to use.

While radio has evolved, so has Ford’s SYNC®4 system which ties in perfectly with this year’s World Radio Day sub-themes of Evolution, Innovation and Connection.

SYNC®4 can automatically learn your preferences and make helpful suggestions at the right time based on previous usage. SYNC®4 will make destination suggestions based on your previous navigation behaviour and can even prompt you to make phone calls to people that you frequently speak to.

“Radio remains an important low-cost medium for communication but during COVID-19, its role in informing, educating and empowering has been profound,” says Kuda Takura, spokesperson for Ford South Africa. “While erstwhile Fords like the Model T helped to push car radio into the mainstream, Ford’s latest SYNC®4 system will help it thrive in a changing world and amongst new demands and technologies. We look forward to celebrating more years of radio as it evolves, innovates and connects.”