2020 Financial results: A year of contrasts 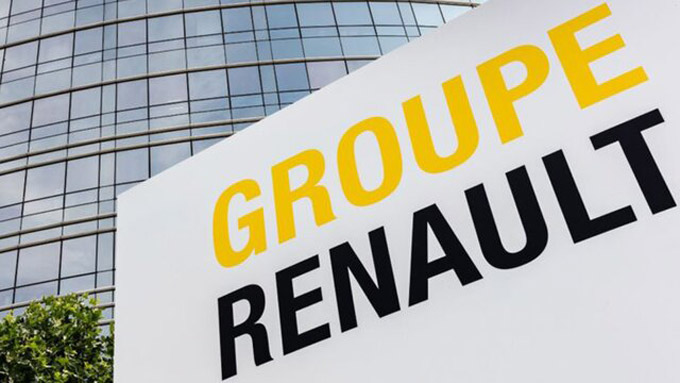 The strong improvement in operating profitability in the second half shows the first positive impacts of the actions taken in the context of a year heavily impacted by Covid-19.

The results for the second half of 2020 (Group operating margin at 3.5% and positive Automotive operational free cash flow) mark the first step in the Group's recovery. The achievement of 60% of the €2 billion savings plan objectives right from the first year (compared with 30% announced), together with the implementation of the new commercial policy of the “Renaulution” strategic plan largely contributed to these results.

After a first half impacted by the Covid-19, the Group has significantly turned around its performance in the second half. This result is the fruit of all employees’ efforts, the successful acceleration on our fixed cost cutting plan and pricing policy improvement. The priority is profitability and cash generation, as announced during our strategic plan « Renaulution ». 2021 is set to be difficult given the unknowns regarding the health crisis as well as electronic components supply shortages. We will face these challenges collectively, keeping the momentum towards recovery we’ve been successfully engaged in since last summer, said Luca de Meo, CEO Groupe Renault

The volume effect was -19.2 points. It stemmed primarily from the health crisis and, to a lesser extent, from our commercial policy favoring profit over volume.

Sales to partners declined by -5.1 points, also impacted by the health crisis and the Nissan Rogue production discontinuation.

Forex impact was negative -2.8 points, and related to the devaluation of the Argentinean peso, Brazilian real and Turkish lira and to a lesser extent to the Russian rubble.

Price effect, up 3.9 points, came from a more ambitious price policy and measures to mitigate devaluations.

Product mix impacted for 1.1 points thanks to ZOE sales increase.

Effect « others » weighed for -1 point notably because of lower contribution from spare parts activity, largely impacted by the confinement measures in H1.

The change can be explained by the following:

The AVTOVAZ operating margin contribution amounted to €141 million, compared to €155 million in 2019 highlighting the resilience of AVTOVAZ in the Covid-19 context.

The contribution of Mobility Services to the Group’s operating margin amounted to -€35 million in 2020.

Other operating income and expenses amounted to -€1,662 million (compared to -€557 million in 2019) coming from significantly higher restructuring charges and impairments.

Group operating income came to -€1,999 million compared with €2,105 million in 2019 after taking into account a strong increase of charges related to competitiveness improvement.

Net financial income and expenses amounted to -€482 million, compared with -€442 million in 2019, due to higher average indebtedness.

The contribution of associated companies came to -€5,145 million, compared with -€190 million in 2019. Nissan’s contribution was negative at -€4,970 million and the one of other companies amounted to -€175 million.

The Board of directors will propose at the Shareholders’ Annual General Meeting, scheduled for April 23, 2021, not to pay a dividend in respect of 2020.

The consolidated financial statements of Groupe Renault and the company accounts of Renault SA at December 31, 2020 were approved by the Board of Directors on February 18, 2021.

The Group’s statutory auditors have conducted an audit of these financial statements and their report will be issued shortly.

The earnings report, with a complete analysis of the financial results in 2020, is available at www.group.renault.com in the "Finance" section.