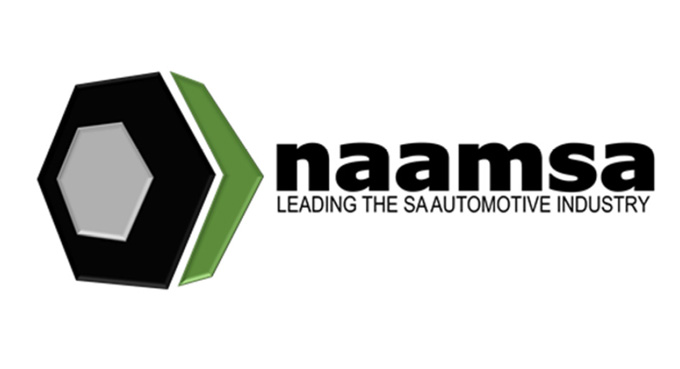 naamsa [the Automotive Business Council] welcomes the allocation of R1,8billion to curb grey imports and illicit cross-border activities. Grey imports have a massive negative impact on the automotive ecosystem in South Africa and cost the fiscus an estimated R3,8billion annually in uncollected taxes. More than 300,000 of the 12.7million cars on South African roads are grey imports. This figure is growing at 30,000 vehicles per annum. Unquestionably, this displaces new car sales and harms the country’s economy.

Mikel MABASA, naamsa CEO says that based on the suite of taxes applicable to new car sales locally, “we estimate that the impact of grey imports is costing the fiscus R3,8billion per annum. This grows to over R4billlion when you consider the taxable income on corporate profits in the value chain”.

“Grey imports within the automotive industry do not only rob the fiscus of the much-needed revenue, but they also hurt job creation prospects for many young people who are currently unemployed in our country. The importation of these illegal secondhand vehicles also aid criminal activity in the country and undermines road safety initiatives”, said MABASA.

“To put the grey import challenge into perspective from a business side of things, the average new vehicle market for 2020 is 28,500 units. Grey imports represent an extra month’s sales per annum. Effectively, grey imports represent 7.5% of total market and would be the third largest brand in South Africa by volume”, MABASA reaffirms. naamsa said it was encouraged by the additional allocation of to fight grey importation of goods and services into the South African market.

Minister Tito MBOWENI’s faced the difficult task of balancing the economic stability and the reality of an eroded tax base, escalating debt to GDP and struggling consumers and businesses. The Budget announcement of R791,2billion infrastructure investment supported by the Government's commitment to establishing Special Economic Zones [SEZs] industrial bases will boost economic activities, industrial performance and will address the widening infrastructure deficit.

In line with the countries aspirations, the automotive sector has announced a range of investment opportunities to boost South Africa's manufacturing capacity. Some of the automotive investments announced recently by President RAMAPHOSA during his State of the Nation Address, include Toyota's first production of hybrid vehicles in South Africa, local production of Nissan's Navara, Isuzu’s D-MAX bakkie, and Mercedes-Benz investments. Furthermore, Ford Motor Company announced a R16billion investment, which will create 1 200 jobs in the coming years.

Tshwane Special Economic Zone procurement spent on construction amounting to R1.7billion will be allocated for SMMEs. The R6billion Automotive Industry Transformation Fund [AITF] is now fully operational and has registered about 40 OEMs and component manufacturing companies.

The SA mining and manufacturing belt is beginning to prioritise the production of metals and minerals used in the production of Electric Vehicles [EVs]. The booming battery sector has resulted in the increase in PGM shares and commodity prices as demand continues to outstrip supply. This is a positive development for the South African automotive industry as the forecast is for EV sales in Europe to comprise 40% by 2030 and 80% by 2040. The Electric, Plug-in and traditional hybrid sales in South Africa have been below the 1% mark for the past 10 years, with 4 892 Electric, Plug-in and traditional hybrid new vehicle units sold out of the 5 694 860 aggregated market sales since 2011.

The South African automotive sector stakeholders, through the SAAM 2035 Executive Oversight Committee, are working towards creating a market-friendly regulatory framework that would enable the local production of EV's in SA and ensure that the total cost of ownership of the EV becomes less with the Internal Combustion Engine [ICE] vehicles in terms of price, fuel and service costs over time.

SA's economy is expected to rebound by 3.6% in 2021, following a 7.2% contraction in 2020. 65% of Economists surveyed by Bloomberg said that SA will not achieve a primary budget surplus in the next four years.

On the budget highlights, the non-tax increments and a 1% corporate income tax reduction are welcomed, especially when businesses face COVID-9 fuelled economic difficulties. The decision not to increase taxes will reduce the pressures on households, businesses and boost investor confidence. The government has allocated more than R10 billion to purchase and deliver vaccines over the next two years and has procured an estimated 42 million vaccines to-date.

Despite the government’s increased support during the pandemic, the country still faces severe economic challenges. Recently, Statistics SA announced that the unemployment rate climbed to a record 32,5% in the fourth quarter of 2020 from the 30,8% recorded in the third quarter of 2020. This is the highest unemployment rate since 2008. The Gross national debt is projected to stabilise at 88,9% of GDP by 2025/26; this is a significant improvement from the 95,3% previously projected for the 2020 MTBPS. SA welfare grant cost-to-GDP is R385 billion, with 18,2 million registered recipients. The baseline forecast for South Africa's energy efficiency and electric supply continues to be unpredictable, which is a detriment to the country's developmental trajectory and the stability of businesses.

In the absence of meaningful economic growth, South Africa’s fiscal strain will remain a reality for years to come. Stabilising the dept to GDP and reducing debt requirement is critical for fiscal prudence. Stimulus configuration for the SMME's and starter-ups who do not qualify for standard banking procedures is needed and will contribute immensely to the country's redistribution agenda and entrepreneurship development. Furthermore, the advent of the fourth industrial revolution will require adequate financial resources into the country’s education system; this, in turn, will boost business productivity and competitiveness.

Policy coherence across the different departments and a SA business case that gets more people included in the economic mainstream will be critical for the growth and development of the country. naamsa will continue to take the lead on the various areas in the automotive industry contributing to transformation and growing the industry under the SAAM 2035.