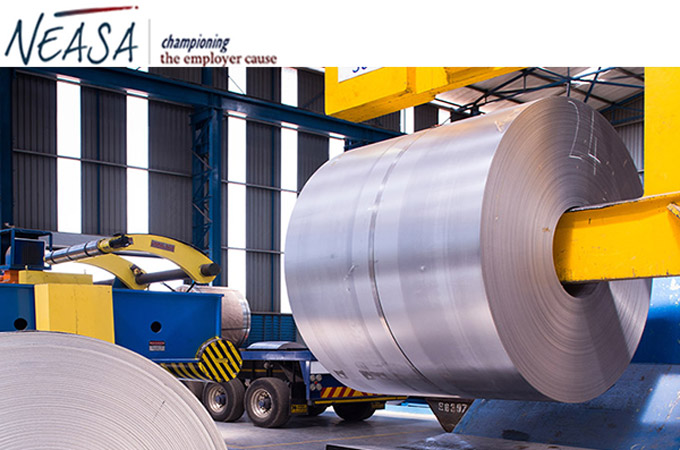 First published in BusinessDay on 10 March 2021

Parts of the article have been highlighted by NEASA's Media Department

The more I learn about what central planning does to industrial policy the less hope I have for it. I know my views are not important, and that, as the CEO of the Steel and Engineering Industries Federation of Southern Africa (Seifsa) put it the other day, I am “a campaigning man who writes with presumed authority on a wide range of topics”.

Quite. The head of Seifsa is a former journalist who, as a newspaper editor, would on occasion publish his own poetry on his pages. It is odd reconciling him then with Seifsa now, but both his chair and the chief economist formerly worked for ArcelorMittal SA (Amsa, formerly the steel part of Iscor), our only primary steelmaker and the beneficiary of constant protection by government, so he would not share my distaste for trade restrictions.

Like many industries trade, industry & competition minister Ebrahim Patel is now putting at the very centre of his efforts to reverse the deindustrialisation of the country, early action in steel has been to reinforce the wall of import duties and scrap regulations to protect the big companies in the industry. It annoys some companies and cheers up others. But the rush to protect large underperforming companies is a dominant theme.

“We need a primary steel producer in the country,” many steel merchants say in defence of Amsa, though that enthusiasm fades as you move away from Gauteng. Raw steel is a commodity and the world is, most of the time, awash with it. The US, UK, France and Russia are all net importers of raw steel.

And where the state is, you’re sure to find failure. SAA is no outlier. In aluminium, a sector recently given protection by stiff import duties, market leader Hulamin is controlled by the Industrial Development Corporation (IDC). Hulamin’s share price has fallen more than 90% since the IDC became a shareholder in 2009.

Amsa is owned by Lakshmi Mittal, the world’s biggest steelmaker. In 2020, he mothballed its modern flat products integrated plant in Saldanha Bay, citing high costs. Saldanha sold almost exclusively into export markets, a rare SA success but also possibly the reason it had to go — it inconveniently sold into US, European and African markets served by other Mittal operations.

So we have closed our most modern steel plant to keep open, with rolling import duties, the obsolete integrated plant at Vanderbijlpark. Amsa shut the plant’s blast furnaces down when Covid struck in 2020, creating a severe local steel shortage in the country but making Amsa a rare profit. Safeguard duties to protect it were renewed last August. In February, a chimney stack at the plant collapsed onto a building, killing three staff.

Mittal could easily close down steelmaking (not rolling) at Vanderbijlpark and supply Amsa with raw from any of his global operations. But he must like the protection he’s getting because it keeps his largest international competition out. Saldanha’s sole domestic customer was Duferco, just 5km away, a $150m Swiss/IDC joint venture producing coated and galvanised sheet for export.

MD Ludovico Sanges says Duferco is on short time despite strong demand and he’s begging for rebates on the 18% duties he has to pay for imported hot rolled coil he needs to keep going. “We need tariff relief now to be able to import the raw product that Amsa cannot supply reliably and competitively,” he said recently.

This sheeting is exactly the “beneficiation” ANC policymakers have been droning on about for years but Sanges gets no answer from Itac, the theoretically independent trade commission that sets duties and ultimately reports to Patel.

It’s a similar story in poultry, also a beneficiary of import protection despite local producers being unable to supply local demand. The local industry raves about Patel and he in turn rather enjoys the love. At a meeting in December 2020, the SA Poultry Association (Sapa) told him how excellent his master plan was, and how they had poured millions into modernising their operations because of it. “Transformation was high on the agenda,” trilled a Sapa representative, “and 13 new farmers established their own contract farms with assistance for inputs like feed and chicks from the producers. 2021 will be the year of delivery.”

Even in chicken, the state is to be found. Recently news has emerged that the CEO of Daybreak Farms, the country’s fourth biggest producer, has been suspended for talking to his shareholders in the Public Investment Corporation (PIC) rather than through the board. It is worth noting that the Unemployment Insurance Fund (UIF) pumped almost R500m into Daybreak in 2017. Then the PIC subsumed that investment and invested more. Daybreak is thought to have swallowed about R1.5bn of taxpayers’ money and still needs protection from imports.

Once you start protecting industries and companies, they relax. What protection does produce is paperwork, so bureaucrats love it. Introducing higher levels of local content in the entirely foreign-owned local auto industry creates previously unthinkable new levels of compliance and cost.

Imports are competition and many tens of thousands more people are employed downstream as “users” than at the industrial summits, or “producers” now being given protection. They will grow lazy and they will raise prices because, well, they can. Local consumers will lose and almost none of the protected industries is viable without protection if they are unable to export, which most cannot at competitive prices. Many will need tariff barriers or, like the auto industry, huge subsidies, forever.

But you cannot import-duty or subsidise your way to growth and new industrial jobs. You grow this economy either through consumer booms or by exporting. We are what we are. You create new jobs by first creating new employers. Neither is happening and if I am campaigning, it is simply for efficient markets, which protection is designed to disrupt. Failure is almost guaranteed. There is a better way. We are not Korea.