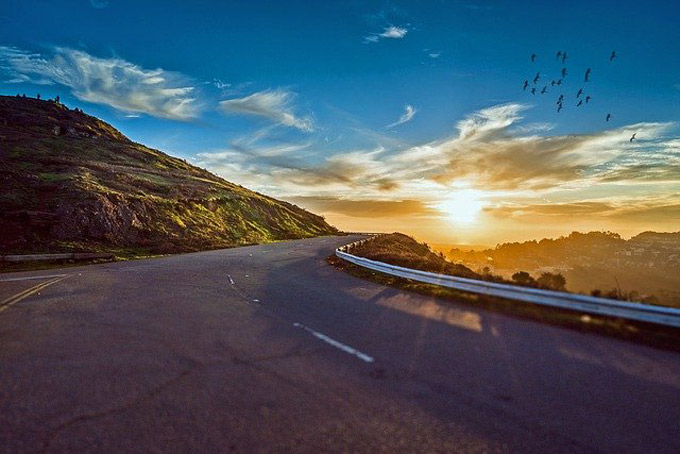 Hendricks says that, “South Africa’s road network has a pivotal role to play in the country’s economic recovery but the condition of some of our roads is preventing this. Cash-strapped road users are especially affected, access to essential services is compromised while poor road maintenance also increases CO2 emissions. In rural areas, livelihoods are at stake because of lost production such as spoiled agriculture produce due to bad roads.

“Since 1991, there has been a steady decline in the condition of our road network, especially at provincial and municipal levels. The reasons for this range from curtailed budget allocations for roads in the past and shrinking capacity in the public sector, resulting in inefficiencies in delivery.

“The Southern African Bitumen Association has stated that the condition of SA’s road network varies between transport authority and type of road. It reports that since 2017/18, the condition of many provincial roads and gravel roads have worsened and about half SA’s gravel roads are in a poor or very poor condition,” he says.

Hendricks explains that, “There are however national programmes that are working such as the Rural Roads Asset Management Systems Grant for municipal roads which is seeing 44 district municipalities across all provinces focus on developing road asset management systems, collecting roads data and prioritising projects. Young professionals are being trained to build road sector management capacity at local government level. Based on its success, R127-million has been set aside for 2021/22, an investment that we welcome.

“However, to adequately meet the maintenance requirements at local levels, 10 to 20 times more than the current spend is required. It is also disappointing that some of the graduates trained have been unable to be absorbed into the relevant road authorities due to the unavailability of posts,” he says.

“The Provincial Roads Maintenance Grant saw 8,7-million square metres of roads re-sealed and 4,165 km of roads re-gravelled across all nine provinces during 2017/18. R13-billion is expected to be transferred to the provinces for 2021/22. In Gauteng, routine road maintenance projects across Ekurhuleni, Johannesburg and Tshwane are set to commence with SANRAL recently announcing the appointment of contractors and an expected rollout over the next six months. These are further examples of the headway being made.”

Hendricks underscores interventions that could accelerate road maintenance. “We need to properly measure the cost of the road maintenance backlog, scale up skills development, consolidate the road network and decommission roads that are not contributing to the economy,” he says.

“In 2014, the road maintenance backlog was reported as being R197-billion. Recent studies estimate it to be over R400-billion. However, the actual cost of our backlog is currently unknown. Data from the rural and provincial grant programmes is being collated in a central database housed by the National Department of Transport. Once this information is published, the road sector will be able ascertain the full extent of the road maintenance funding requirement. We need to understand this cost. The road sector will be unable to manage the response if it is not first properly measured.”

Hendricks says, “Road authorities are obliged to publish annual reports on the condition of their roads and planned improvements. These reports are publicly available and promote visibility and accountability. However, because we are concerned about the skills and competencies that road maintenance depends on, each authority should include their human resources capacity and deficits in their annual reports. It is cheaper to train than to rehabilitate roads. Without timely maintenance, roads deteriorate to the point where the cost to restore them is three to five times more than if they had been timeously maintained.

“We also believe that the data being collated through the Provincial Roads Maintenance and Rural Roads Asset Management Systems grants should be used to better consolidate the road network and de-commission roads that are not contributing to economic and social needs,” says Hendricks.

“Ultimately, it is road users, including businesses trying to recover, who are paying the price for poor maintenance through crashes, delays, loss of productivity, missed economic opportunities and increased vehicle operating costs caused by potholes, cracks, etc.”

The South African Road Federation runs numerous training programmes on road maintenance and construction. Since 2016, 850 road officials have been trained. “Our mandate as the SA Road Federation is to provide a wide range of continuing professional development programmes to upskill people, keep them abreast of the latest road trends and technologies and empower them to apply their skills when working on SA’s roads,” concludes Hendricks.

South Africa boasts the world’s 10th longest road network (750 000 kilometres) and 18th longest paved road network. In 2014, its value was estimated at around R2-trillion. Roads are a vital public asset that can deliver a higher economic return on investment than any other single type of infrastructure.