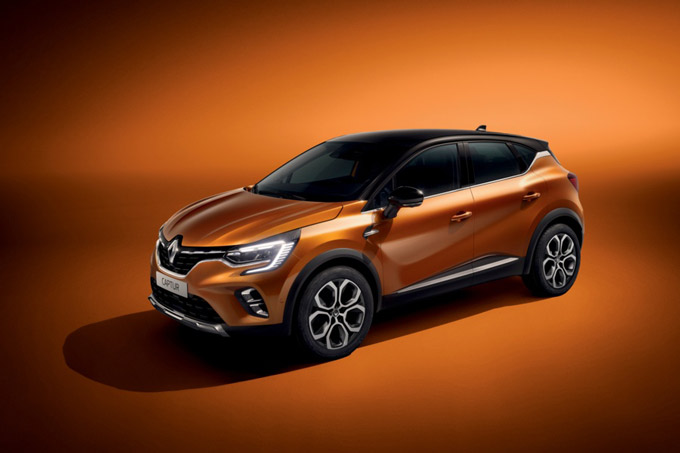 The figures are relentless! Despite an increasingly wide range of body colours, it is the so-called ’neutral’ colours such as white, black, and gray that are by far the most popular for new car buyers. In this context, Renault is the brand that puts the most colours on the road in Europe. François Farion, Renault’s Director of Colour and Trim Design explains this identity marker.

White, black, gray. The observation is clear: as every year for the past 10 years, the colours dominating the automotive industry are rather dull. They account for nearly 70% of models sold worldwide, according to a report on the popularity of automotive colours by Axalta, a leading automotive paint supplier. If we take a closer look, the most popular colour is still white, which is used on 38% of new vehicles sold worldwide, followed by black (19%) and gray (15%).
Amid this gloom, for François Farion, Renault's Director of Colour and Trim Design, "Renault is doing well with a more colourful offer than the average. And it's working because we sell about 10 points more colours than the rest of the industry."

Renault and colours: a long-standing romance

At the end of the Second World War, the European automotive industry resumed its activity without switching to colour. But the Renault brand is going to be a forerunner in diversifying its range of available colours. It all began in the 1950s with a visit from the CEO of General Motors. Welcomed by Pierre Lefaucheux, Renault's boss at the time, he didn't hesitate to express his thoughts when he saw the production lines: these cars lacked gaiety! It must be said that the United States had a head start on colour in the automobile: from apple green to candy pink, we can say that the streets were colourful... The seed was planted!

At the same time, Paule Marrot, a talented and well-known decorator, wrote to Pierre Lefaucheux to suggest that he add colour to Renault’s overly "dull" offering, which was no longer adapted to the desires of consumers at the time. This was the trigger. In 1953, the collaboration between Paule Marrot and Renault began. In addition to her reputation in the textile and wallpaper sector, she established herself as an automotive colour consultant... a new profession tailored to this Lady. "It is to her that we owe the introduction of real differentiating colours in the Renault range, which contributed to the success of the Dauphine, offered at the time with a rich palette of 30 pastel shades..." a first, says François Farion! It is also to Paule Marrot that we owe the creation of the Renault’s Colour & Trim department.

As you can see, Renault and colours are a long-standing romance.

Paule Marrot became one of the first automotive colour consultant

What if Renault put a little colour in your life?

Over the years, in the face of the predominance of neutral, Renault has continued to stand out with a more colourful offer than the average car manufacturer.

For instance, everyone remembers the first generation of Renault Twingo... At the time, the Renault brand broke the colour codes! The car was presented in dealerships in March 1993 with four launch colours: ultramarine blue, coral red, coriander green and Indian yellow. The “Frog” - as it used to be called - marked its time. François Farion tells us that it had not even been offered in white. Bold, wasn't it?

Renault Captur and customization: the advent of two-tone

As for Renault Captur, it owes part of its success to its customization possibilities, as shown by the fact that 80% of its sales are in two-tone colours. It currently offers up to 90 exterior customization combinations. A real “plus” for drivers who want to express their personality through their choice of vehicle colour!

And for good reason, if we are to believe François Farion:

Colour is often the second question asked when you tell someone you've bought a car. The first question is: what model? The second is: what colour? - François Farion, Renault’s Director of Colour and Trim Design

What future for colours?

True to its philosophy, the Renault brand has chosen to focus more than ever on colour for its current models. According to François Farion: “Renault has always sought colours to live by.”
He further completes this statement by explaining that one of the brand's goals is to “bring colour to the streets.”

But colours are bound to change according to him: “The future is more to work on other elements than just the full body of the color. We are going to something that is a little bit more subtle and a little bit more sophisticated.”
How? By playing more on associations, textures or interferential shades made possible by technology which, like fashion and trends, evolves!

To be continued on the next models...