The ANC’s intended CONFISCATION OF PROPERTY will cause hyperinflation 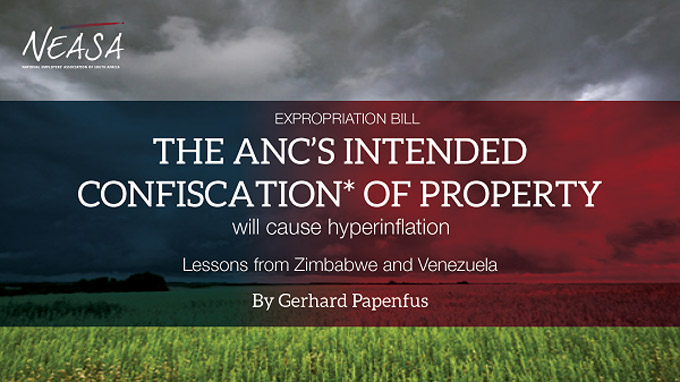 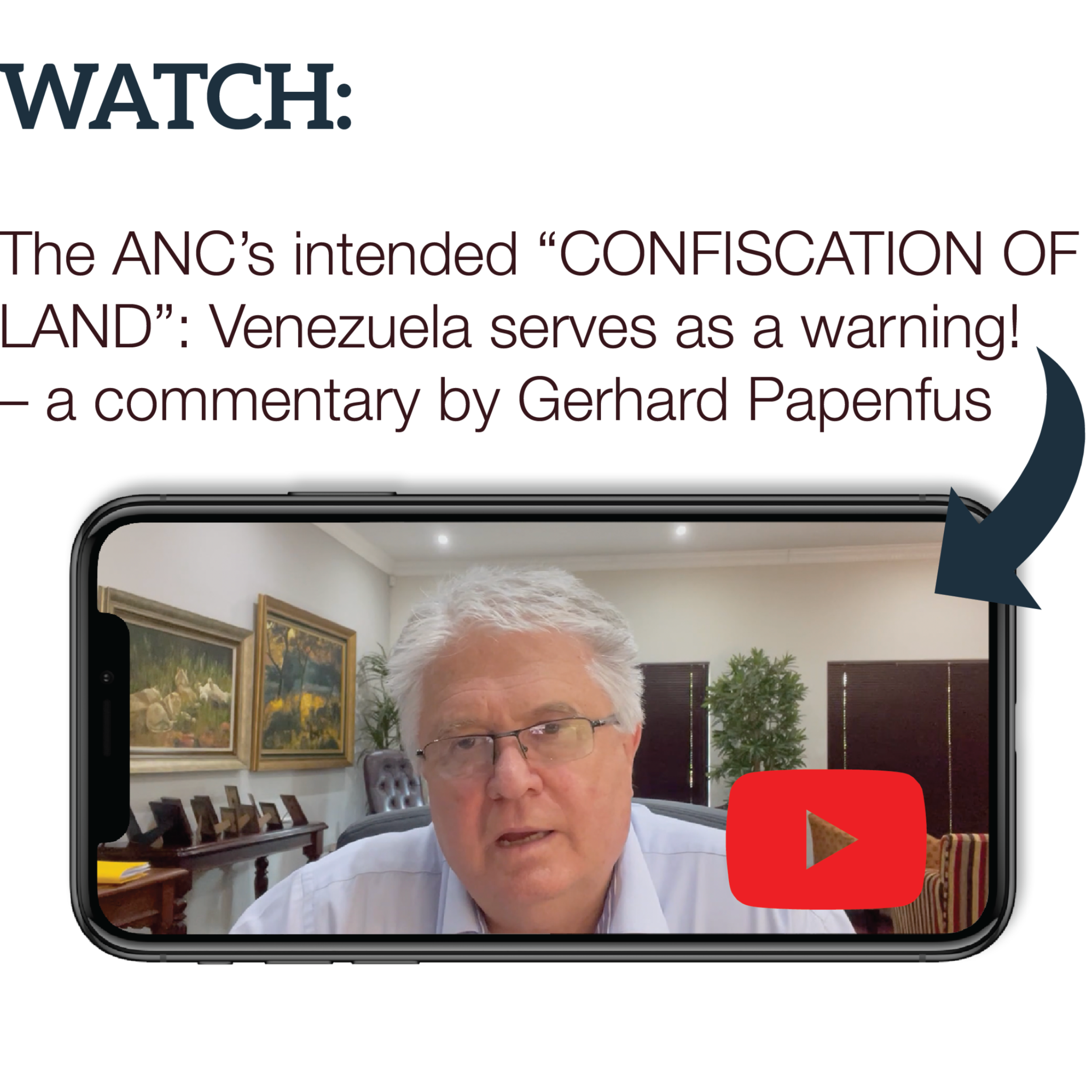 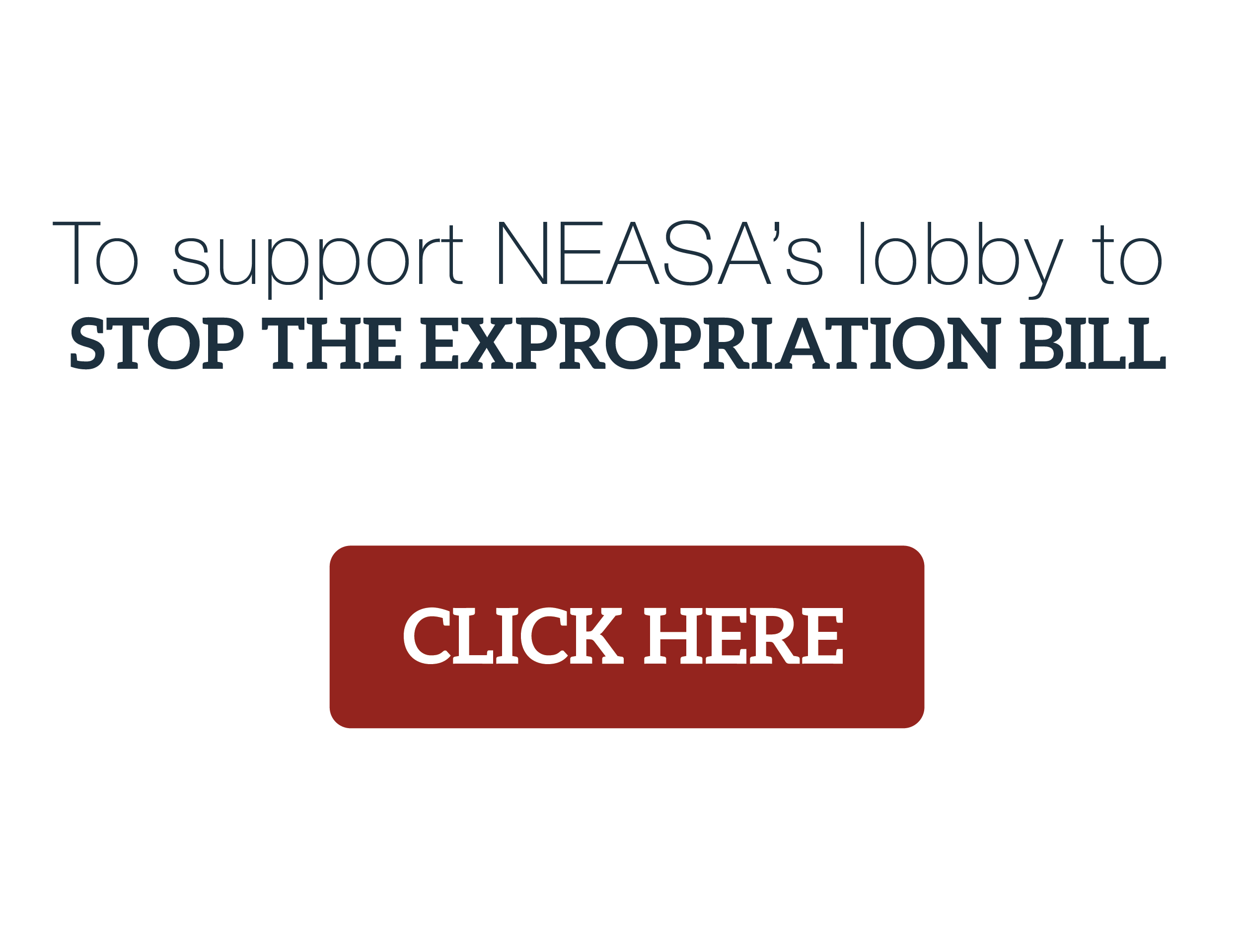 The Expropriation Without Compensation Bill, currently before Parliament, has the potential of devastating the South African economy. It holds the risk of setting hyperinflation, the cessation of production, and severe shortages in food, goods and services in motion.

To understand this contention, we can examine the examples of Zimbabwe and Venezuela, where the core intention of an EWC Bill – confiscation of property – was implemented. In Zimbabwe, Mugabe’s “land grabs”, accomplished through destroying farmers’ property rights and causing business confidence to plummet, caused business confidence to plummet and led to hyperinflation, which at one point reached 80 billion percent! The majority of Zimbabweans were left destitute, as prices of goods and services multiplied throughout the course of a single day.

In Venezuela, President Chavez amended the country’s constitution and introduced legislation to allow expropriation of Latifundios, or large idle estates. Although the ‘expropriation’ process in Venezuela was started on a limited scale initially, with the aforementioned constitutional amendment only targeting ‘large’ and ‘idle’ properties, it was shortly thereafter expanded to agricultural properties (and went on to be expanded further still to all types of enterprises and their assets). This resulted in a 40 percent decrease in the production of staple crops. These shortages were initially covered by using Venezuela’s oil wealth to import food, but when the oil price plummeted in 2014, rationing of food and price controls became necessary. The eventual results being food riots, hijacking of food trucks, and the violent looting of stores. By 2018, Venezuela’s annual inflation rate had reached 65 000 percent!

If South Africa follows Zimbabwe and Venezuela in allowing confiscation of property, the economic implications will be the same.  Similar hyperinflation, shortages and upheaval can be expected.

We, therefore, along with many other concerned organisations, call on all South Africans to heed the threat of EWC and to take a stand for property rights in South Africa.  This way, we can all protect and contribute to the future of our country! Let your opposition be heard by adding your voice in support to that of NEASA.

NEASA, through our Stop the Expropriation Bill Campaign, has made a parliamentary submission against the EWC Bill and continues to generate a rational counter perspective in the media. You can join this initiative, by registering your support at https://neasa.co.za/campaigns/stop-the-expropriation-bill/. We have only one country – by forming one united voice, we can protect her!

Gerhard Papenfus is the Chief Executive of the National Employers' Association of South Africa.

*The first time that I heard about the term ‘confiscation of property’, describing Government’s intention with the current Expropriation Bill before Parliament, was during Piet le Roux’s presentation before the ad hoc committee on amending section 25 of the Constitution.