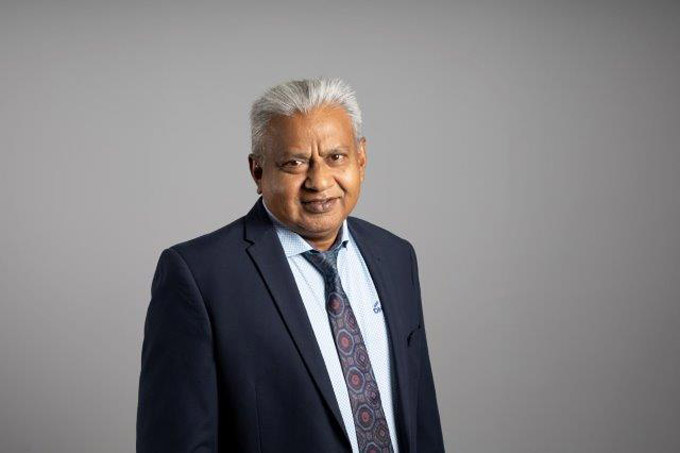 Engineering consultancy Zutari has appointed Sudesh Maharaj as its new Client Director: Transport. Maharaj is taking over from Phil Hendricks, who is retiring later this year. Maharaj joins Zutari after a rewarding 27-year career at Transnet, where his last position was Executive Manager: Group Strategy and Planning.

In his early career at Transnet Freight Rail, formerly known as Spoornet, Maharaj led the team that implemented the rail division’s new National Operations Centre, centralising the planning of the national train service and establishing integrated execution and monitoring along key rail-to port corridors. This was a radical shift away from the pre-1990s, when ten regional offices planned and moved trains from region to region, which was not very efficient in terms of seamless and reliable delivery to end clients. The centre still serves its purpose today.

Between 2007 and 2009, Maharaj was also instrumental in implementing many operational efficiency initiatives on the Export Coal Corridor through the Richards Bay Coal Terminal (RBCT) and the Gauteng to Maputo Corridor. The coal volume through the RBCT was increased by ~5 million tons and the coal and magnetite trains to Maputo doubled during this period. This was done in an era before major capital investment on these corridors was undertaken. The increase in throughput capacity was achieved mainly through operational efficiencies and process re-engineering of the rail and terminal execution activities.

During the last ten years, Maharaj was responsible for leading and directing infrastructure mega programmes in the South African rail and port sectors from project initiation, business case development and approvals through to implementation. He was Programme Director for a number of Transnet’s key rail and port growth programmes.

These include the Richards Bay Expansion Programme, the Sishen-Saldanha Iron Ore Expansion Programme, the Saldanha Iron Ore Bulk Terminal Refurbishment Programme and, more recently, the New Manganese Terminal Programme at the Port of Ngqura. During 2020 and up to end March 2021, he developed the manganese and iron ore segment strategies as part of Transnet’s overall commercial refocus, which involves increased collaboration and participation with the private sector.

“With Zutari participating on almost all of these significant projects, Sudesh is definitely no stranger to us. Many of our technical leads and client teams have engaged with him over the years and built strong relationships,” comments Zutari Co-CEO Teddy Daka. “I have no doubt that his wealth of experience and knowledge will help us expand our strong position in the transport industry, which Phil contributed so significantly towards over the last 15 years.”

“I am excited by this new challenge. Zutari’s focus on extensive stakeholder engagement and collaborative problem solving and scoping has allowed it to co-create solutions with a range of trusted clients, including local municipalities, government agencies, commercial clients and public-private partnerships. Such a high level of integration is critical in our rapidly-evolving transport industry,” comments Maharaj.

He is devoted to his family and loves spending time with his wife, three adult children and his grandchild. When Maharaj takes a break from work, he enjoys golf and lives out his passion for classic German cars, which he repairs and services himself.