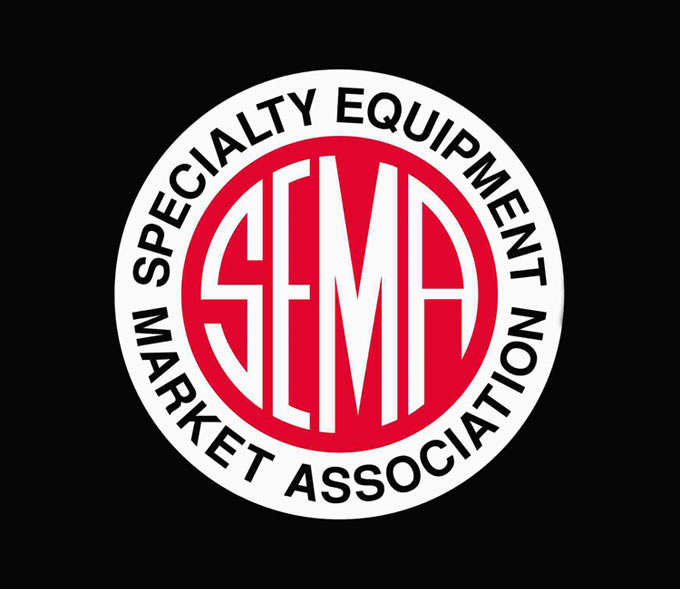 Four dedicated individuals who contributed to and have had an impactful influence on the automotive specialty equipment industry are being honored as new SEMA Hall of Fame members. They will join an elite group of icons who comprise the SEMA Hall of Fame, as they are officially inducted at the SEMA Installation & Gala on July 30 in Las Vegas, Nev.

Jessi Combs: Jessi Combs built an accomplished career in the automotive industry as the host of several television programs, founder of a variety of businesses, and an accomplished fabricator and racecar driver. With an infectious passion and youthful enthusiasm for the industry, Combs served as a host for many SEMA events, including the SEMA Installation & Gala and the SEMA Awards Banquet at the SEMA Show. As a lead in the historic 2012 SEMA Businesswomen’s Network (SBN) All-Female Ford Mustang Build, Combs served as a role-model for women in the industry and continued to inspire women through the launch of The Real Deal, a collaboration with fellow SBN member Theresa Contreras designed to inspire confidence, break stereotypes, and motivate other women to pursue their passions. In 2019, Combs set a land speed record for women, 522.783 mph, on a dry lake bed in Oregon – a feat that resulted in an accident that led to her untimely death at the age of 39.

Rick Love: While freelancing as a writer/photographer for Rodder’s Digest magazine in 1982, Rick Love created a home workshop and leaned on his electronics degree to do wiring and air conditioning installations for other hot rodders. It was this A/C work that caught the attention of SEMA Hall of Famer and founder of Vintage Air Jack Chisenhall. Chisenhall asked Love to assist the company at rodding events, and continued to promote him over the years to his current position of president, in charge of overseeing the day-to-day operations of the entire company. Despite his busy schedule at Vintage Air, Love never wavers to volunteer his time, expertise, and energy to helping the industry. As a true car guy, he advocates for the industry. Having served multiple terms as chairman of the SEMA Hot Rod Industry Alliance (HRIA), Love is an ambassador for SEMA and constantly recruits and encourages businesses to get involved.

Bob Moore: Bob Moore appropriately authored a monthly column in Aftermarket Business magazine titled “Ahead of the Curve.” As electronic catalogs evolved and the Internet began to dominate the way consumers researched and purchased products in the early 2000s, Moore was a pioneer in establishing standards for product data in the automotive aftermarket. As a SEMA Board Member and the co-founder and chairman of the SEMA Business Technology Committee (which has evolved to what is now the SEMA Data Co-op), Moore was instrumental in creating standardized data for the specialty-equipment industry. He spent years scrutinizing the specialty-equipment industry’s needs to determine the attributes that consumers look for that will help businesses sell more products, resulting in the first-ever one-stop product information data pool. Moore was awarded the 2010 SEMA Chairman’s Service Award from then-Chairman of the Board Rick Rollins, who noted, “We are fortunate to have someone with his leadership and determination driving some of our industry’s most critical initiatives.”

Carl Schiefer: As the son of the first SEMA Hall of Fame recipient Paul Scheifer, Carl Schiefer built a legacy of his own by founding one of the first marketing agencies dedicated to automotive brands. Schiefer Media was created in 1985 as an enthusiast media agency with an original focus on automotive aftermarket and related enthusiast categories. With an impressive list of clients, including Edelbrock, Mother’s, Bilstein, and Royal Purple, Scheifer Media was instrumental in bringing motorsports brands to the mainstream public. He initiated advertising for automotive brands on television – a practice that may seem standard today, but was unusual at the time and significantly expanded market reach to a nationwide audience. Perhaps what sets Carl apart from other marketers is his passion for the industry; Carl raced Top Gas and Top Fuel dragsters amongst the greats, including Don Garlits, Tommy Ivo, and the Smothers Brothers. Although retired from Schiefer Media, the agency continues to operate as SCS, with Carl’s son James as CEO.

In addition to formally introducing Combs, Love, Moore, and Schiefer as SEMA Hall of Fame members during the 2021 SEMA Installation & Gala, the annual event on July 30 will include recognitions of the newly elected and the outgoing SEMA Board members. All SEMA members and industry professionals are invited to join the celebration and can purchase tickets at www.sema.org/gala.