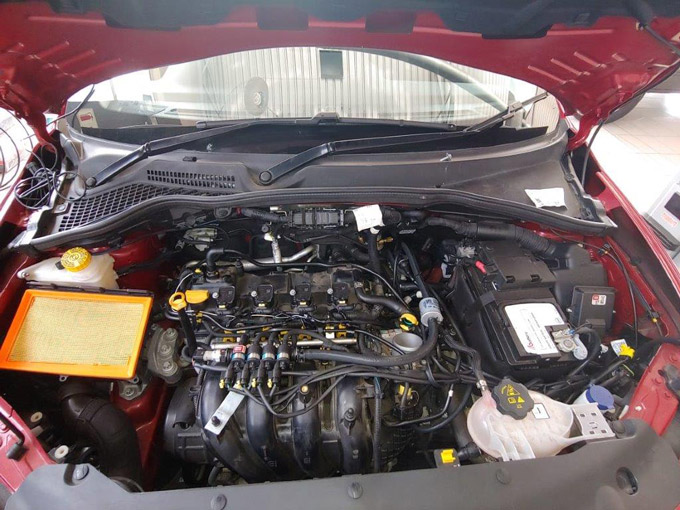 The growing sense of urgency in the automotive industry for more to be done to curtail dependency on fossil fuels and to reduce harmful CO2 emissions has spearheaded the drive to find an alternative energy option for motorists. At present South Africa ranks 8th in the world of the 50 top countries with the highest CO2 emitting Power Sectors.

We are already seeing Original Equipment Manufacturers (OEM) channelling ever more resources into developing low-carbon vehicles, aimed at addressing the issues of CO2 emissions, and the soaring cost of petrol and diesel. In the aftermarket members of the Automotive Remanufacturers' Association (ARA), a proud association of the Retail Motor Industry Organisation (RMI), have been successfully piloting Autogas as a great alternative energy option for the immediate future.

"Autogas conversions are both relatively simple to effect and the skills set is ready and available in the country's auto workshops," says Attie Serfontein, national director of ARA. In June 2020, ARA piloted its first "powered by gas" programme, at two of its selected workshops in Gauteng and in the Free State. The project was run in conjunction with gas specialist consultant, Eddie Cooke, ARA Members from all major Regions and other expert industry stakeholders.

Based on the success of the two pilots, Serfontein and his team embarked on a national roadshow to present the project to interested workshops who wished to either participate or invest in the project, as part of ARAs diversification concept, to adapt to a new green energy solution technology which not only will benefit consumers but also provide much needed job opportunities. "We have dedicated a task team to research what kits and skids are available in the market today that comply to SA standards / requirements, as well as to suggest a best approach in venturing into the project with a turn-key business-model.

Serfontein says they are excited about the possible total new job earning opportunities that are expected to be created from this initiative. He says the exact number will depend on the level of investment. For example by incorporating Gas Conversions only, it is estimated one could increase ones staff count by 10% based on an average of 10 employees per business. By adding Gas Supply this will double to 20% and if one diversifies this to maintenance / repairs / servicing etc. additional work creation possibilities could increase the staff count to 30%. The opportunity for new business ventures and new-start-ups is also now a possibility and could raise total employment levels in the sector by 40%. This is clearly a win-win situation when our country is grappling with huge unemployment numbers.

"We see immediate employee absorption within the Automotive Aftermarket Retail Sector, and more specifically the "remanufacturing sub-sector", in major metropolitan municipal districts like Johannesburg, Pretoria, Cape Town and KwaZulu Natal with a phased increase in the Eastern and Northern Cape and Free State. Occupational levels will include semi-skilled, skilled technicians, as well as professionally qualified, senior and top management - depending on the aforementioned levels of investment/engagement."

Timelines will depend on the level of investment and engagement. Serfontein says it is estimated with level 1 (Gas Conversions) can be completed within a month to two months of project roll-out; Level 2 (Gas Supply) conversion within two to three months; Level 3 (additional work allocation) within three to six months and Level 4 (New-business ventures/New-business

start-ups) within six to twelve months of start-up.

So when will it be available widely in South Africa? Serfontein says potential demand, and application thereof, to Gas Conversion technology considering historical demand from North and South American Countries, as well as Europe, but also from research in South Africa, is expected first from large fleet owners due to the cost saving opportunity. In terms of take up from the retail motoring public, Serfontein says as the technology has already been implemented over the last 3-5 years, so the actual service rendering should take no longer than three to six months from adoption. "We are advanced in our talks with various stakeholders and are also looking at options to localise this link; gas is available from both Richards Bay and St Helena Bay, to name but a few gas resources."

Serfontein says discussions have been held with bulk users/fleet companies who have expressed major interest and are now just awaiting project roll-out. Certain OEMs have already implemented the technology at plant level which now places added urgency to upskill the Automotive Aftermarket Retail Sector, enabling the Automotive Aftermarket Retail Sector participants to perform maintenance/services/repairs on the already retrofitted vehicle. "We feel confident that we will be able to start rolling out Autogas on a national level - in the near future," concludes Serfontein.

Power generation accounts for about one-quarter of total emissions of CO2.

The main culprit in Global Warming. Until now, people concerned about climate change lacked information about the emissions of particular power plants and the identities of the companies that own them.