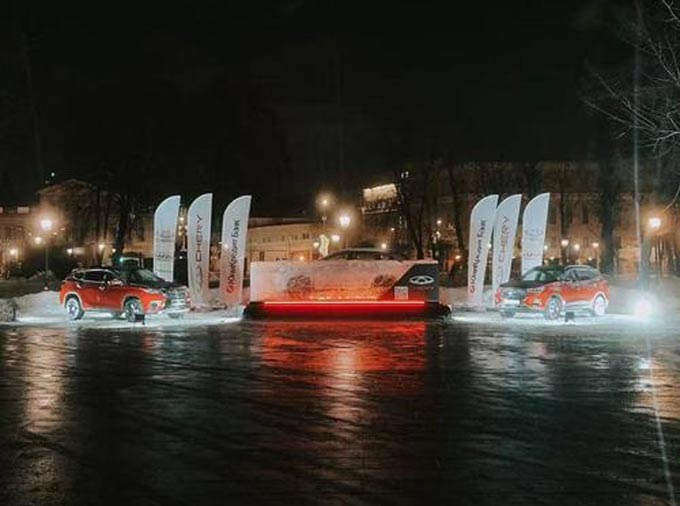 "Technology Chery" enhances its capability, boosting sales growth. Up to now, Chery has applied for 21,875 patents in total, and been authorized 13,660 in total, among which 4,018 were authorized for invention patents, accounting for 29.4%. Chery ranks 21st in the "Top 500 Technology Innovation Companies of China" in 2021. Chery sticks to the path of independent innovation, creates practical and solid fuel vehicle technology, and advances the forward-looking technology in respect of "new four modernizations”, so that global consumers can enjoy the wonderful experience brought by technological innovation. Since the beginning of this year, "Chery 4.0 universal power architecture - CHERY POWER" and "the world's first" full-function hybrid configuration DHT (special hybrid gearbox) of Chery has been released and off the production line in sequence.

Since this year, Chery has accelerated product iteration and continued to improve product competitiveness and sales in the face of the complex and changeable international market. In the first half of the year, the main models represented by TIGGO 8 PRO and TIGGO 7 PRO sold well all over the world, and the export volume in the first half of the year ranked first among Chinese brands of passenger cars. Chery's total export volume is expected to reach 300,000 vehicles this year, making it the No. 1 Chinese brand of passenger cars for 19 consecutive years.

Chery is a Chinese automobile brand with global influence. Chery has established a research and development team of more than 5,500 people through five global research and development bases, and has the most powerful research and development strength of engine, transmission, chassis and other core technologies among Chinese automobile brands. Chery is also the first Chinese automobile company to export vehicles, CKD parts, engines and vehicle manufacturing technology and equipment to the world. Up to now, Chery has exported its vehicles to more than 80 countries and regions, and has set up 10 overseas factories, more than 1,500 overseas dealers and service outlets, with nearly 9.5 million users worldwide, ranking first in the number of passenger cars exported from China for 18 consecutive years.