Where Can Your Tyres Take You on Heritage Day? 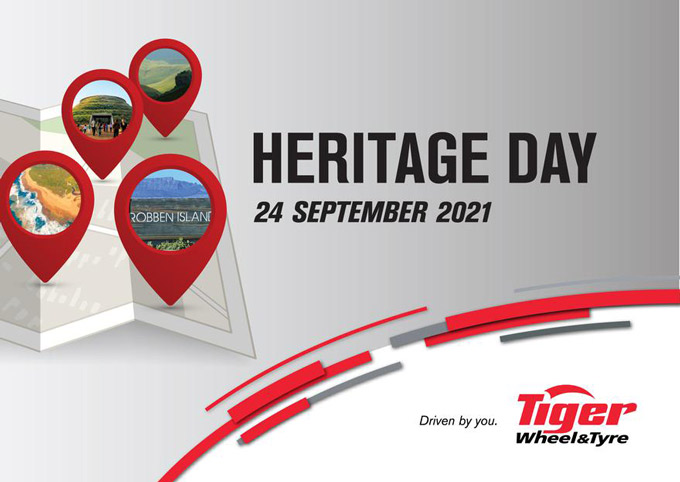 On 24 September South Africans will celebrate the diversity and richness of their personal as well as their shared heritage. Heritage Day isn’t just another public holiday; it’s a South African tradition that encourages us to celebrate our differences as well as the ties that bind us.

“Those ties are more plentiful than the differences,” says Group Marketing Executive, Farishta Singh. “Tiger Wheel & Tyre has stores in every nook and cranny of South Africa, and from our point of view, you can’t beat our rich heritage. How many countries can say their heritage is so universally important to all the people of the world, that UNESCO has inscribed ten of their sites as World Heritage Sites? We can.”

This unique distinction is certainly something to be proud of, and Tiger Wheel & Tyre is encouraging South Africans to take to the road on Heritage Day and visit their nearest World Heritage Site.

So which site can your tyres take you to on 24 September?

So this Heritage Day, why not take advantage of the warmer spring weather, take to the road and get up close and personal with South Africa’s World Heritage Sites.

Before embarking on any road trip, stop by your local Tiger Wheel & Tyre store for a free safety check and where all safe journeys begin.

Visit the store locator at www.twt.to for directions to your nearest store.