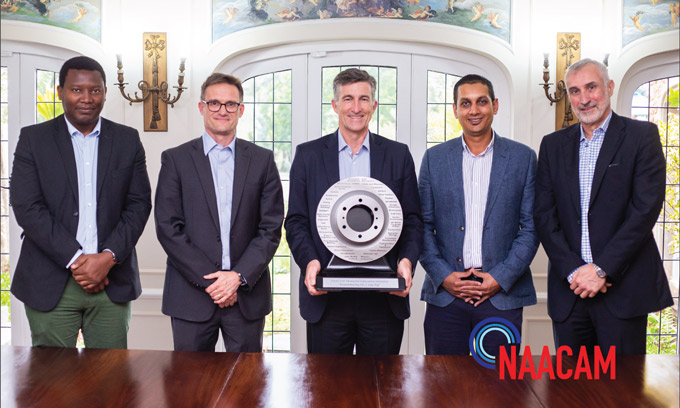 The National Association of Automotive Component and Allied Manufacturers (NAACAM) has announced it will provide a full scholarship for the manufacturing-focused GIBS MBA at TWIMS for its intake in 2022.

The one-off scholarship will be awarded in memory of Dr Johan van Zyl, and has been funded by NAACAM members.

The R400 000 to cover the scholarship has been raised by NAACAM members and as a token of the initiative, NAACAM leaders presented a brake disc engraved with the names of the Naacam members that donated to the initiative to Andrew Kirby, president and CEO of Toyota South Africa, and the new chairperson of TWIMS.

As the chairperson of TWIMS, Van Zyl advocated for the development of ‘monozukuri’ in Africa (roughly translated to 'pride in making things' in Japanese). He supported the need to start building a similarly deep culture of manufacturing in Africa, noting that it had the potential to fundamentally transform African society.

We are humbled that with this scholarship we are able to honour the memory of Dr while providing a life-changing opportunity to a deserving individual.