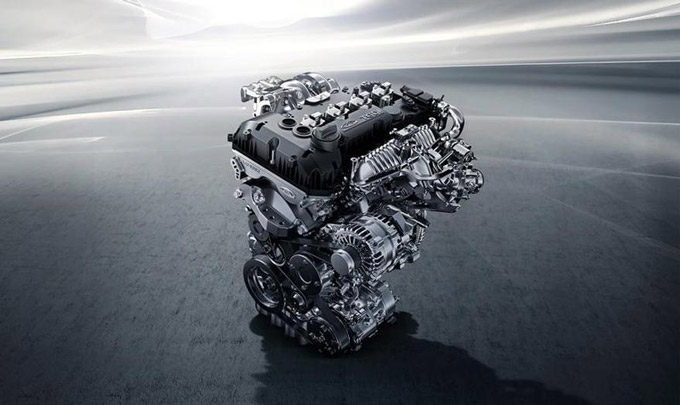 Chery recently unveiled their new phase of technological development under the title “Chery Power” at the 2021 Chengdu International Auto Show in China.

“At our heart, Chery is a technology company. We are investing heavily in vehicle and propulsion technology, including safety systems, new types of engines and electric propulsion and artificial intelligence.

“The success of any innovation that comes from Chery is measured by one thing – if it makes Chery ‘Fun to Drive’,” says Tony Liu, Executive Deputy General Manager, Chery South Africa.

For example, Chery has developed a new range of internal combustion engines that will be available on the next generation of Chery Tiggo models. These engines offer a market-leading thermal efficiency of up to 45% and fuel savings of up to 95% over traditional vehicles with similar outputs.

The new range of engines have resulted from the rapid development of Chery’s internal engineering expertise. This started with the development and production of Chery’s ACTECO engines.

The ACTECO range first rolled off the production line in 1999 in various configurations and it signalled a new era for a Chinese automotive manufacturer with a unique and independently developed engine range that was designed, developed and built completely by Chery.

From this humble start, the ACTECO range and Chery’s range of internal combustion engines have expanded to include engines from 800 cc to 4 litres and over 9.5 million units built and sold. Indeed, this range of engines has received 6 awards in the China Core Awards for Chinese-developed and -built engines.

“At the start of 2021, with the effects of the global pandemic still felt in most international markets, we doubled down on our spending on research and development. This has started paying dividends, with a general increase in sales in all main markets and high praise for the newest iteration of the ACTECO 1.6 TDGI engine,” says Liu.

The 1.6 TGDI engine is found in, among others, the new Chery Tiggo 8 Pro. Now in its third generation, this engine delivers 145 kW and 290 Nm with a thermal efficiency of 37.1%.

The ACTECO engine range in the Tiggo 8 Pro is one of the many reasons why this vehicle was voted the Most High-Tech SUV by the Russian 4x4 Club and the “Media Choice – Midsized SUV” at the Russian SUV of the Year Awards. It was also chosen as the 2020 Chinese National Car of the Year.

“Chery has been a top-seller in Russia for a decade and a half, and the Tiggo 8 Pro is a firm favourite. We look forward to introducing this and other Chery models to South Africa in the coming weeks and months,” says Liu.