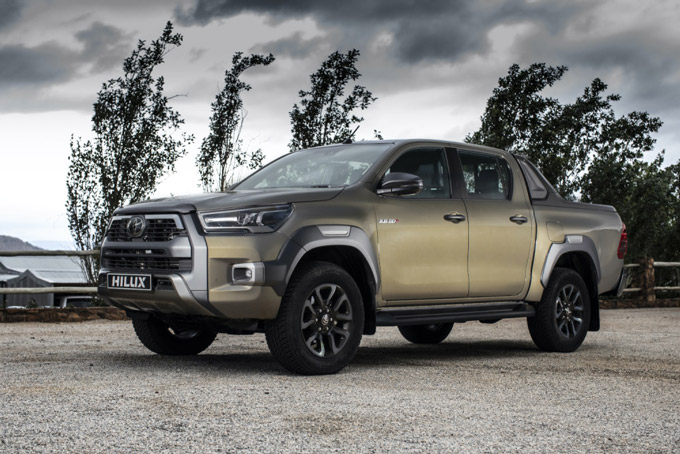 Toyota South Africa Motors (TSAM) marked the end of the third quarter with a total of 86, 259 vehicles sold since the beginning of the year. This is out of an industry total of 345,172 units and translates to a market share of 24.9% year-to-date for Toyota.

Commenting on the September industry sales, the National Association of Automobile Manufacturers of South Africa (naamsa) said: “Overall, out of the total reported sales of 43 130 vehicles, an estimated 35 684 units, or 82.7%, represented dealer sales, an estimated 12.4% represented sales to the vehicle rental industry, 2.5% sales to government and 2.4% to industry corporate fleets.”

From a Toyota perspective, September was a very successful month with the brand posting a total of 10, 936 units – the highest number recorded since the beginning of the year. It is also the second time this year that Toyota’s passenger sales have surpassed those of LCV.

Shooting the lights out in the passenger segment was Urban Cruiser with 1, 827 units and the Starlet with 1, 342 units retailed. The Corolla Quest and Fortuner also achieved noteworthy performances with 857 and 847 units apiece, while the Land Cruiser duo of LC 300 and Prado posted 122 and 114, respectively.

Toyota continued to lead the LCV segment, registering a total of 4,463 units shifted last month. Both Hilux (2, 642) and Hiace (1, 435) maintained supremacy in their respective segments. The retail breakdown for the former was 1, 284 Double Cab, 921 Single Cab and 437 Xtra Cab variants. The famed Land Cruiser 70 Series pick-up once again had a strong showing on the sales charts with 236 models sold.

Toyota’s niche luxury brand Lexus had an admirable run with ES (22), NX (14) LX (7) and UX (8). TSAM is also proud that it supplied no less than 1,4 million part pieces to its domestic dealer network, while a further 335,000 pieces were shipped outside of the country.

According to Leon Theron, Senior Vice President of Sales and Marketing at TSAM: “The locally-built Hilux is once again both a segment and plate leader in the local market year-to-date, and this is – of course – testament to what a good product this vehicle is.

“We are grateful to the entire Toyota team and dealers across the country for their continued efforts towards making Toyota a market leader, but we cannot be complacent because there is always room for improvement. Our mandate is to offer customers good value for money and to continue making Toyota, Lexus and Hino brands of choice for our market.”