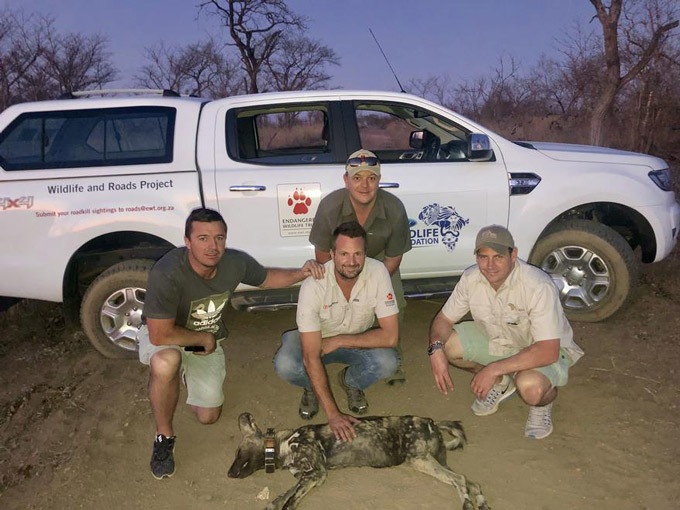 South Africa’s Kruger National Park is home to a number of endangered species, case in point - the African Wild dogs. Kruger has the largest contiguous population of Wild Dogs in South Africa. This substantial population declined between 1995 and 2000 but fortunately, through mitigation of threats, the population has increased in the last decade.

The African Wild Dog’s population across Africa is currently threatened by; habitat loss due to an exacerbation of land use by mankind, an increase in population fragmentation in sensitive areas, thus leaving the fragmented groups more vulnerable to a variety of attacks. As well as epidemic disease.

Grant Beverley, senior field offer in Kruger National Park for the Endangered Wildlife Trust Carnivore Conservation program, adds that, “Wild Dog populations have declined across the continent as a result of habitat destruction, human population growth and human induced threats such as snaring, direct persecution and disease carried by domestics dogs such as rabies and canine distemper.”

When a carnivore species is endangered, this is a threat to the health of an ecosystem, because the extinction of a species like Wild Dogs, could trigger the loss of other species within the ecosystem, which could also impact surrounding communities.

The Ford Wildlife Foundation provides support to 27 ecological protection initiatives included is the Endangered Wildlife Trust’s Carnivore Conservation program. The initiatives are supported with Ford Ranger vehicles that are used for environmental and wildlife protection efforts.

“Without the Ford Ranger much of the work we do would not be possible because Wild Dogs roam in large remote areas,” explains Grant. “It is essential for me to have transportation that is capable of commuting over rugged terrain. The Ford Ranger Wildtrak assists with moving Wild Dogs to new reserves for population expansion and monitoring their movements across the Kruger National Park.”

Within an individual capacity, “We encourage the public to submit sightings of Wild Dogs with location details for inclusion in our database. Similar to the human fingerprint Wild Dog coat patterns/markings are unique which allows us to identify each dog and monitor their survival over time. Interested parties may follow our social media platforms and website for more information,” concludes Grant.

Here are a few facts you may not know about Wild Dogs: