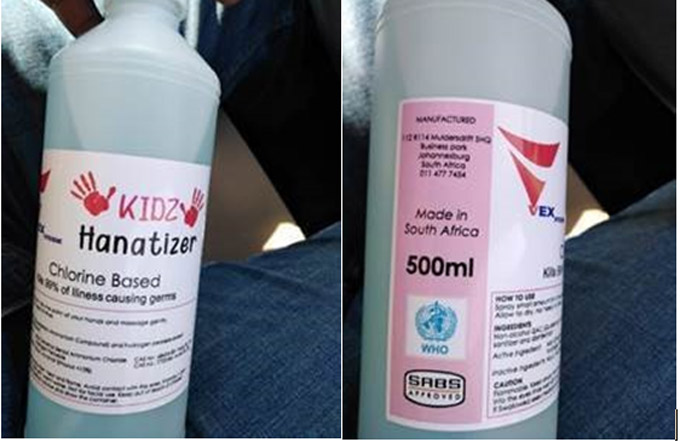 The South African Bureau of Standards (SABS) welcomed the judgement in the High Court of South Africa Gauteng Division, Pretoria (Case 66330/2020), in which the judge has ruled in favour of the SABS in a matter involving the unlawful use of the SABS trademark. The High Court instructed the supplier of sanitisers and disinfectants to cease using the SABS Approved trademark and to remove it from all its products and packaging.

The High Court further instructed the supplier to remove any reference from its products that contain or are associated with the SABS Approved trademark. Judgement was granted on 21 October 2021.

The SABS said that it will continue to play its part in ensuring that all products, that bear the SABS Approved trademark, are legitimate and comply with the applicable national standard.

Consumers are advised that Vex Hygiene products and sanitisers are NOT SABS Approved. Pictures of the product were obtained by the SABS in August 2021.