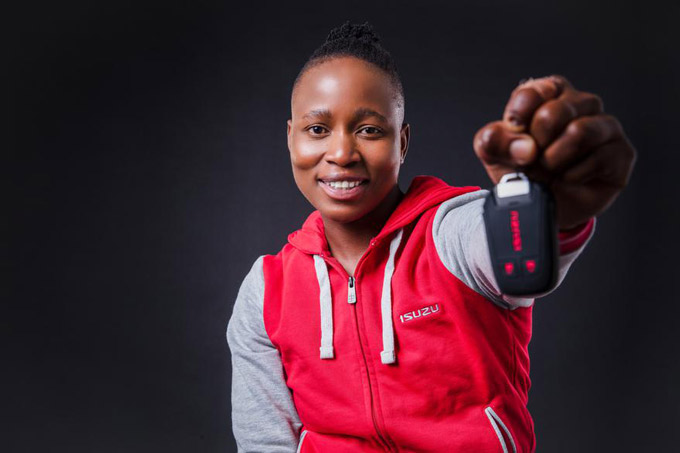 Isuzu Motors South Africa is excited to announce one of South Africa’s most accomplished athletes, Kgothatso “KG” Montjane, as its new brand ambassador.

The partnership between the long-standing Isuzu brand and the resilient sportswoman is a perfect match. The mobility agreement between one of the country’s top local motor manufacturers and the champion tennis player showcases Isuzu’s commitment to support South African legends across various fields of expertise to build a legacy of #IsuzuLegends.

“KG is an inspiration to us all. Isuzu Motors South Africa is proud to be associated with an athlete who is bold and limitless in pursuing her passion, and we look forward to this journey together,” said Mandlakazi Sigcawu, Department Executive Corporate & Public Affairs. “She is a true South African hero, who like Isuzu, has risen to challenges and proven success in the face of adversity.”

Montjane has been ranked the number one tennis player in Africa for 11 consecutive years, and is South Africa’s first black women’s Wimbledon finalist in both the singles and doubles categories. She’s currently placed fifth in the world on the ITF World Wheelchair Tennis rankings.

“I’m thrilled to partner with Isuzu. The space and versatility of the Isuzu mu-X I will be driving suits my lifestyle and profession,” said Montjane. “For me it’s more than just a brand ambassadorship. I want to use this opportunity to inspire others to be brave and limitless in overcoming adversities. Always remember that no worthwhile journey is without its challenges. It’s the adventures on the rough roads that reach greatness.”

Born in Polokwane, Limpopo with a congenital birth defect, KG went through a single amputation below the knee at the age of 12. At 19 she began her tennis career when she received the equipment necessary to play wheelchair tennis, and never looked back as she progressed all the way to the world stage.

KG represented South Africa at the 2008, 2012, 2016 and 2020 Paralympics, became the first African player to compete in a wheelchair tennis Grand Slam at the 2013 Australian Open, and was the first black African woman to become a finalist at Wimbledon earlier this year.