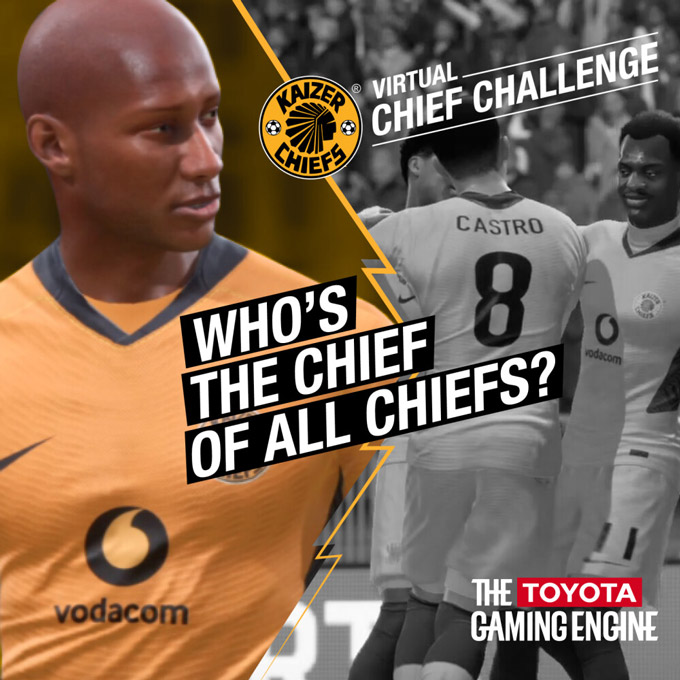 As the driving force behind The Toyota Gaming Engine, Toyota has teamed up with their official PSL team, Kaizer Chiefs, to give Amakhosi fans a new way of enjoying the game they love by hosting the first ever Virtual Chief Challenge, played on FIFA 22.

In this tournament, each player will use Kaizer Chiefs as their team to see who will be crowned the one true Virtual Chief. The one who comes out as 'Chief of all Chiefs' will walk away with the Grand Prize of R10 000 cash, with R3 000 and R2 000 going to the players who finish in 2nd and 3rd place respectively. All three players will also be rewarded with limited-edition Kaizer Chiefs merchandise.

The first 256 people to register on Kaizer Chiefs’ ESports page will secure their spot in the Virtual Chief Challenge - which runs from 15 November to 10 December 2021.

There will be two Qualifier Cups, each consisting of 128 players. The first takes place on the 20th of November, followed by the second on the 27th. The best 16 players per Cup progress onto the Group Matches, where they will be split up into eight groups of four. The top two players from each group move onto the Playoffs for a place in the Final.

TTGE is home to all Toyota esports action from South Africa, the world and beyond. Whether you’re a serious gamer or a newbie, sign up to join a community of fans who play for the sport of it.

Members get access to tournaments and challenges across the most popular titles, as well as other exclusive content including pro tips and breaking news.