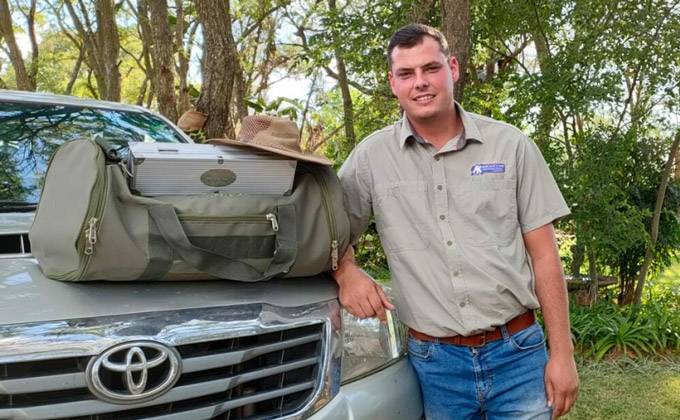 Despite many challenges during 2020 and 2021, Plaas Media was able to present a hugely successful eighth Toyota SA National Young Auctioneer Competition this year, one in which young Henri Beyleveldt from Limpopo took top honours. Beyleveld currently works as an auctioneer at André Kock & Seun Limpopo.

This was the second time the competition was presented in a digital format, after the format had to be amended in 2020 due to lockdown regulations. The original competition was held at local agricultural shows such as the Bloem Show and Royal Show. Winners from these regional rounds would then take part in a national round, during which the new young auctioneer of the year would be crowned. Not only did the competition have a young auctioneer category, but it also boasted a junior category in which pupils could compete.

Due to the new digital format introduced in 2020, the junior category had to be put on hold but as of 2022, this category will don an entirely new jacket with courses and the competition forming part of the national and provincial Youth Show. More details will be made available in due course.

To enter the 2021 virtual Young Auctioneer Competition, entrants had to record themselves while auctioning off two lots – a cow with two calves, and a sheep ram. Entrants were not restricted to specific livestock breeds and could also use props to create their videos.

These videos were received by Plaas Media and judged by a panel of three experts: Allan Sinclair, managing director of Vleissentraal Bloemfontein, Appie Maritz, auctioneer at BKB, and Barco from Niekerk, a previous winner of the competition. Each entry was judged based on a list of criteria, including contact with the audience, animal knowledge, voice and chant. These criteria have applied since the competition’s inception.

This year’s Toyota SA National Young Auctioneer Competition, as in 2020, again included a people’s choice category. Viewers could vote for their favourite entrant via WhatsApp. This year’s people’s choice winner is Fisokuhle Hadebe, a well-known face in the competition. Fiso participated in the competition as a young boy and won the junior category in 2018. As the public’s favourite auctioneer, he wins a Plaas Media hamper that includes various items. Congratulations Fiso!

The following entrants were this year’s regional winners:

These four regional winners each receives a Toyota hamper worth R2 500, which includes a Hilux braai set, a cordless battery charger, a Land Cruiser travel bag and a bush hat.

The Toyota SA National Young Auctioneer of the Year wins approximately R60 000 which goes towards his participation in the 2022 international auctioneer competition at the Calgary Stampede in Canada. The winners of 2019 and 2020, JP Marais and Hennie Goosen, will also only participate in 2022 due to the travel restrictions that have been in place the past few years.

It was a close race among this year’s top candidates with less than five points separating first and second place. This is testament to the high calibre of this year’s competition entries. The results are:

Plaas Media congratulates Henri on his outstanding achievement. Congratulations also to all the participants and regional winners who made this year’s competition a truly tough one! Our thanks also to Toyota SA who was once again the name sponsor and has been involved since the inception of the competition.

Watch the announcement of this year’s competition on the Plaas TV / Farm TV YouTube channel: https://youtu.be/-hIyAJT-HMo