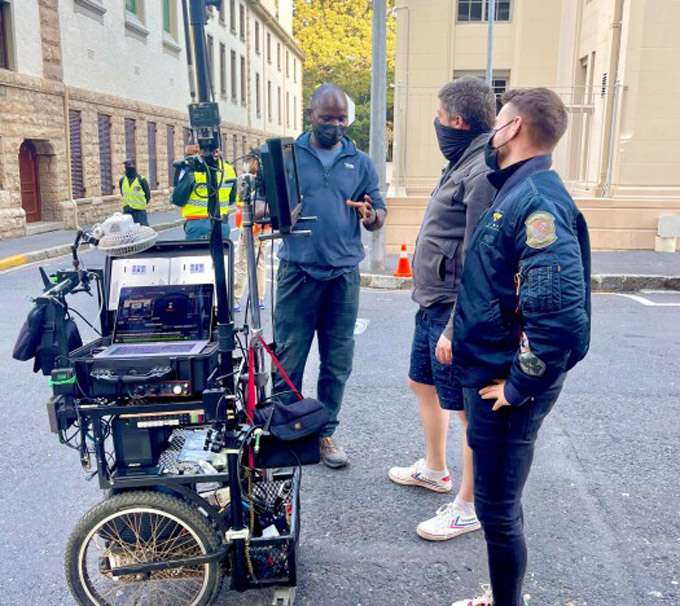 Toyota’s best-selling nameplate and arguably the best-selling car in history, Corolla, was first launched in 1966 before it captured the global automotive market to become a household name the world over. Reincarnated in a new body shape to join the existing line-up of Hatch; Sedan and Quest, the recently launched Corolla Cross is likely to endear itself in the hearts of many South African customers.

It goes without saying that such an important model would require an equally daring advertising campaign. And who better to deliver than FCB – Toyota South Africa Motors’ (TSAM) advertising partner for more than half-a-century?

Prior to launch early November, the Corolla Cross was eagerly anticipated by the market with FCB Joburg introducing it to the public with a pre-order campaign. The teaser campaign, which was a first for Toyota, allowed for vehicles to be reserved at dealerships in SA ahead of the launch. To coincide with the day Corolla Cross was released to dealers on 02 November 2021, FCB Joburg also launched a comprehensive campaign led by the #Cross Boundaries television campaign (TVC).

In the words of Tasneem Lorgat, Senior Manager of Advertising at TSAM: “To launch the Corolla Cross, we tasked FCB to produce a campaign unlike any other. We needed to showcase how the Corolla Cross is a car for all South Africans, packed with features to enable you to cross your lifestyle boundaries.

“’Cross Boundaries’ is the strapline for the campaign and the four hero content pieces do a brilliant job of bringing that line to life. Across the four films you see the Corolla Cross in different scenarios, crossing various boundaries, demonstrating this SUV’s impressive capabilities and telling some exceptionally fun stories.”

The Corolla badge has traditionally been associated with the family-biased sedan – but that has all changed. You can now have a Corolla for every member of the family. There’s the value-for-money Quest, the dynamic and performance-orientated Hatch, as well as the versatile, tech-laden Corolla sedan. And Toyota has just released the all-new Corolla Cross (SUV) – a remixed version of the evergreen nameplate, designed to appeal to the current generation.

“The Corolla Cross is proudly built in South Africa and will also be the first locally built hybrid model for Toyota SA. This, coupled with the ever-increasing shift towards SUVs makes it a pivotal product for us,” adds Lorgat.

The commercials do a great job of showing off the beautifully styled Corolla Cross with the type of amazing car shots that we’ve come to expect from the brand and FCB Joburg.

FCB Joburg’s Executive Creative Director, Tian van den Heever, says: “We’re all incredibly excited about the launch of this campaign and this vehicle. We love the ads and we think they do a wonderful job of showing how the Corolla Cross can cross boundaries and take you to the next level. We made four different TV ads for this campaign, which gave us the chance to demonstrate how versatile this vehicle really is and to show people that the Corolla Cross can make your life more awesome, whatever lifestyle you want to live.”

Copywriter, Matthew Holt Shafto, continues: “People are complex. They can’t be put into boxes. People don’t just want a car that’s great for the school run or a car that they just take into the bush, they want both and the Corolla Cross offers you that. That’s why the campaign line is Cross Boundaries.”

Please click on the links below to watch the TVCs: