Most workers support vaccine and mask mandates for the workplace, global survey finds 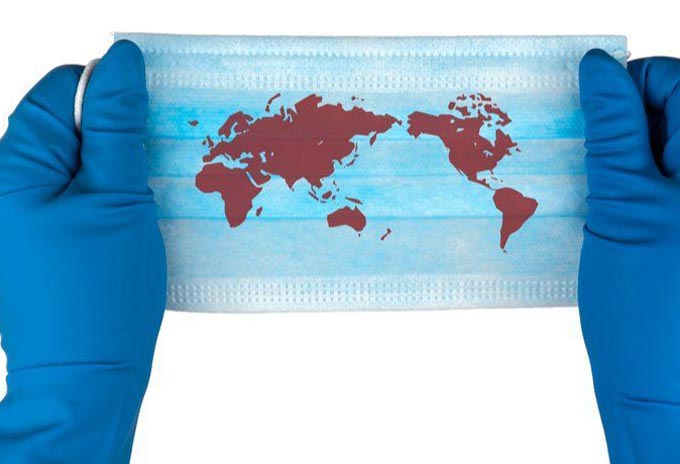 According to a new survey, there is widespread support among workers across the world for workplace COVID-control mandates. On average, about three in four employed adults agree that everyone in their workplace should be fully vaccinated (78%), undergo frequent testing if unvaccinated (74%), and wear a mask in common areas (81%). A majority of workers in most countries (averaging 62% globally) would not feel comfortable going to work if such measures were not in place.

These are the findings of a survey conducted by the World Economic Forum and Ipsos from nearly 14,500 employed adults across 33 countries between 22 October and 5 November 2021 – a few weeks before the emergence of the Omicron variant.

“Staying the course with safety measures that we know make a difference – vaccines, masks, testing – is incredibly important as we navigate this complex pandemic,” said Genya Dana, Head of Health and Healthcare, World Economic Forum. “We know that employers have had to assume many new responsibilities with regard to worker health and wellbeing since the start of the pandemic, and count on them as a trusted partner in this journey.”

The survey also highlights wide differences in COVID and workplace-related behaviour and attitudes globally. Support for vaccination, testing, and mask-wearing mandates is generally highest in Eastern and Southern Asia, Saudi Arabia, and Latin America, and lowest in Central, Eastern, and Northern Europe, and the United States. 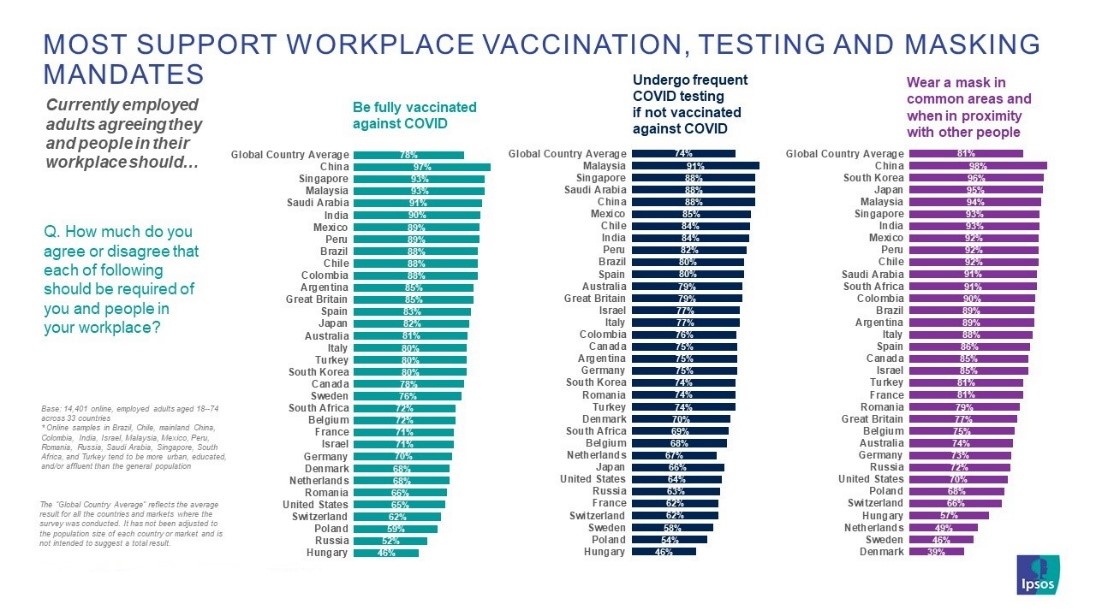 Unsurprisingly, the countries where workers are most supportive of workplace vaccination mandates are also those where workers are most likely to say they would get vaccinated if required to do so to keep their jobs. While on average globally about two-thirds of workers (68%) said they would get vaccinated in this scenario, four in five said so in China, Singapore, and South Korea, while only half did in Russia, Poland, and Romania. Globally, only 12% of workers would choose frequent testing instead.

In Russia, Turkey, and the Netherlands the proportion of workers who would seek to evade getting vaccinated or tested, while still keeping their jobs, is about double the global average of 9%. In Romania, Hungary, and the U.S., more than twice as many say they would quit their job or find another than on average (5%). Globally, older workers and highly educated workers are more likely to say they would get vaccinated.

Only in seven of the countries surveyed would a majority of workers still be comfortable going to work if no protective mandates were in place: Russia, Poland, Denmark, Hungary, Sweden, Switzerland, and the U.S.

In China, where only 12% of workers say they would be comfortable in this scenario, two-thirds said they would quit their job (18%) or work remotely instead (48%). Other countries where at least 40% would either resign or work remotely in the absence of protective measures, include Malaysia, Spain, South Korea, Japan, and Peru.

Rate of return to the workplace varies among geographies

In general, fewer employed adults are currently working from outside their homes than before the pandemic (66% vs. 77% on average globally), although there is significant disparity in this regard across different countries. 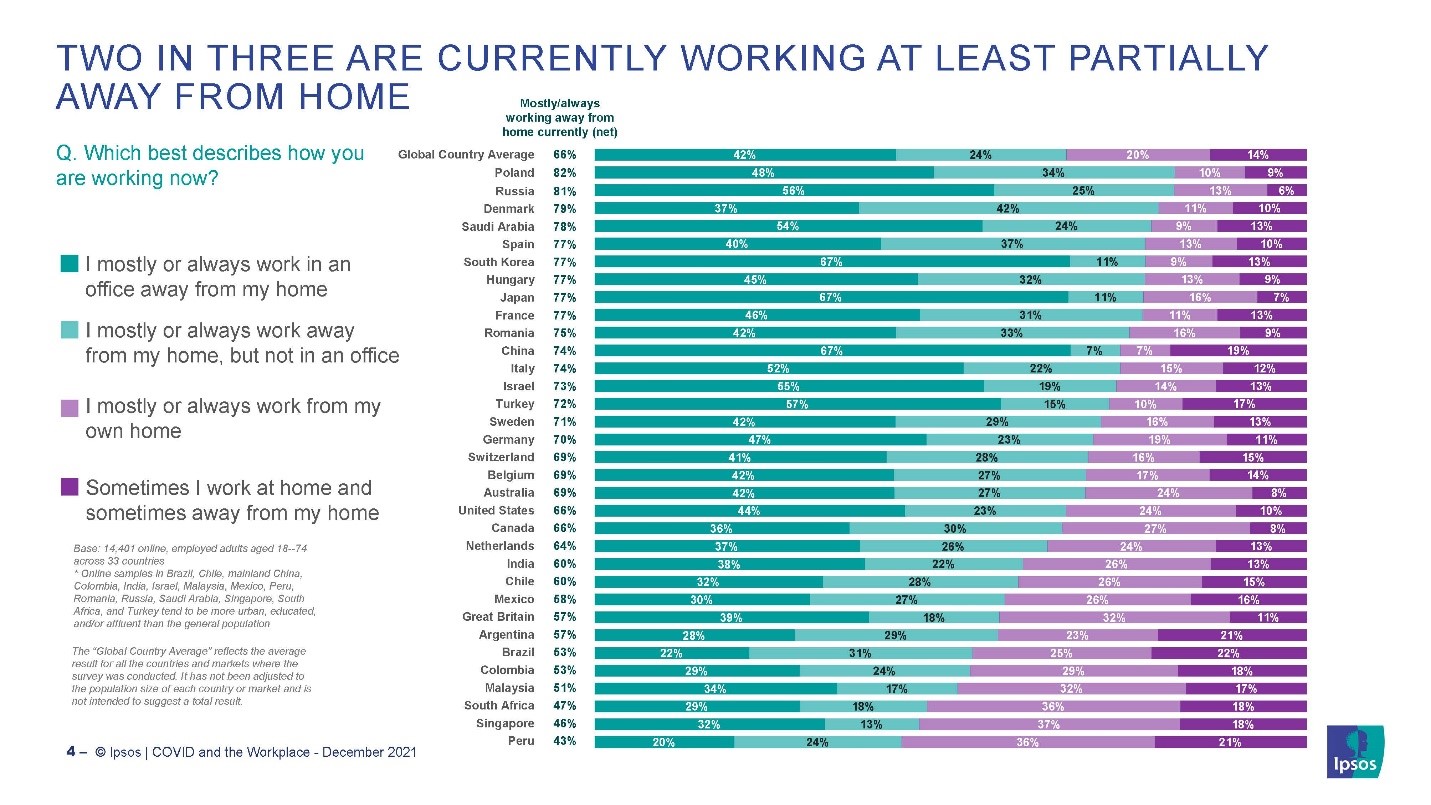 However, this survey was conducted before the discovery of the Omicron variant, which may have new implications for workplace restrictions and habits.

These are the results of a 33-country survey conducted by Ipsos on its Global Advisor online platform. Ipsos interviewed a total of 14,401 employed adults aged 18-74 in the United States, Canada, Malaysia, South Africa, and Turkey, and 16-74 in all 27 other countries, between Friday, October 22 and Friday, November 5, 2021.