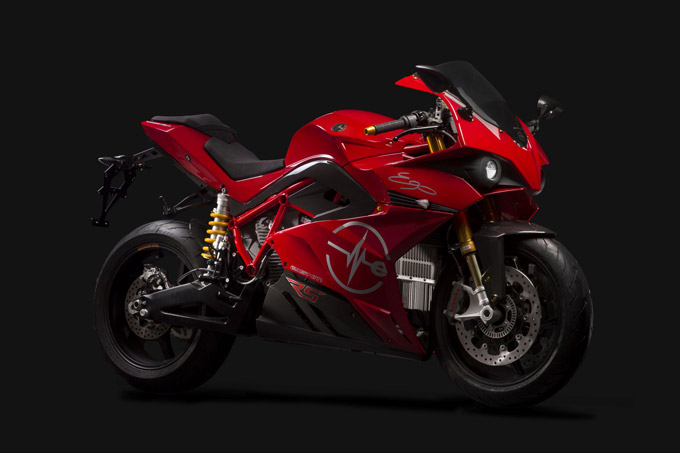 After their record-breaking sales for 2020 in Europe which was one of the toughest in history for the industry, but certainly not for the Energica brand who made a killing for 2020

Energica latest record order came from Taiwan, breaking their all-time sales records with a €836 000.00 order-value from the Taiwan distributor. The order received from the beginning of 2021 increases by 28% and adds to the significant 11% from the US floorplan. The order is the most significant batch in the history of the Company received in a single tranche and includes all the models of the Energica line-up, for a total value of €836 000.00.

Thanks to this record order, the Company added a further 14% of the 2020 turnover to values previously reported thus reaching a 28% plus 11% of US floorplan. Russ Tiger has contributed to promoting the Energica brand in its territory since the beginning of the commercial partnership, which was signed last April 2020. The vehicles will be destined for the country's customers, who are increasingly sensitive to the quality and design of “Made in Italy”, as well as to sustainable mobility and environmental sustainability.

Energica signed new commercial agreement in Germany with Ramsperger Automobile GmbH & Co. KG. this new dealer is in Kirchheim/Teck, in Baden-Württemberg land, and has more than 113 years of experience in automotive sector working with major brands including Volkswagen and Audi.

Energica MY2021 equipped with CHAdeMO

Energica is therefore the first manufacturer of electric motorcycles to adhere to both major international protocols on charging systems currently on global market: CCS and CHAdeMO. "In this way, we are not only responding to the needs of the Japanese market we’ve just entered, but to any customer around the world who prefers this recharging system “. Says Giampiero Testoni, CTO of Energica Motor Company S.p.A.

The pandemic year that has just ended has not at all hindered the R&D activities of the Energica technical team, which in just few months developed the CHAdeMO charging system specifically for the Energica MY2021 range.

Energica is working hard to prepare the 18x EGO Corsa’s for the new MotoE season, as well as the EGO Corsa Black Test shakedown of new parts developed – in less than a year – by the R&D department specifically for racing, which will be evaluated during the official MotoE test in April at Jerez.

The focus is to reach a new level of performance: the technical team worked on weight reduction and on the set up to allow better handling.

The provisional calendar for the 2021 FIM Enel MotoE™ World Cup can now be revealed, with the Cup set to expand to a six-event, seven-race season. After a four-event inaugural Cup in 2019 and five events in 2020, the third year of competition for MotoE™ adds another round and two new tracks. Energica will remain Single Manufacturer for MotoE until 2022.

Designed and manufactured by the company Energica Motor Company Italy that supplies all the racing electric motorcycles for the FIM Enel MotoE™ World Cup Series, the single company selected by Dorna, due to their professionalism and impressing all with their expertise, the motorcycles speed, performance, brutal power, ease of handling, specialized equipment, and advanced technology. The Italian firm is one of the more established purveyors of electric motorcycles, so much so that it used the 2019 EICMA show in Milan to reveal its second-generation EGO (Sport) EVA (naked) bikes just as other manufacturers are still discussing how to enter the market for the first time.

Energica Motor Company is run by CEO Livia Cevolini, a colorfully stylish Italian lady, whose grandfather worked with Enzo Ferrari. While Energica officially launched its first electric superbike, the EGO, in 2014, its parent company, the CRP Group, has supplied F1 teams and supercar manufacturers with rapid prototyping and advanced materials engineering services since 1970.

“With the launch of the new range EGO+, EVA Ribelle and the EVA ES9+ which improves both riding range and power while reducing the weight, our bikes gave an answer to the market needs as shown by the order backlog and record sales last year”, said Livia Cevolini, CEO Energica Motor Company. In addition to updating its range, Energica is benefitting from the exposure brought about by its participation in the MotoE World Cup, which heads into its third season on the MotoE GP World Championship in 2021.