SA fares well with regard to vehicle crime 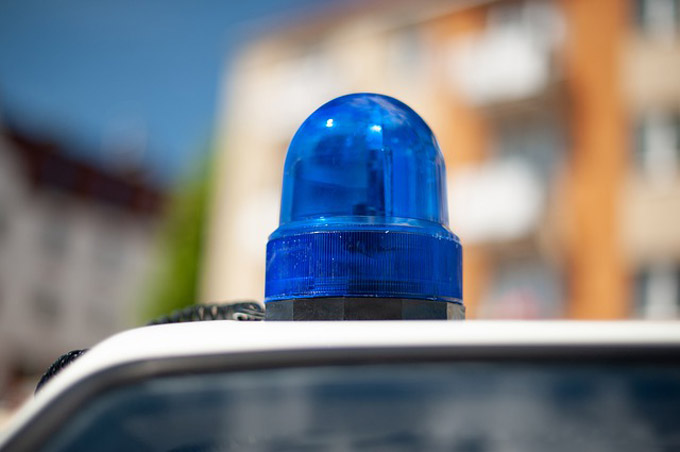 As South Africans, we often perceive our country as having high levels of crime, especially when compared to other countries. This was demonstrated by the Numbeo.com Crime Index by City 2021 survey, where citizens ranked six South African cities as being among the global top 20 of the most dangerous cities. The respondents perceived the overall level of crime in three South African cities, namely Pretoria, Durban and Johannesburg, as being very high. 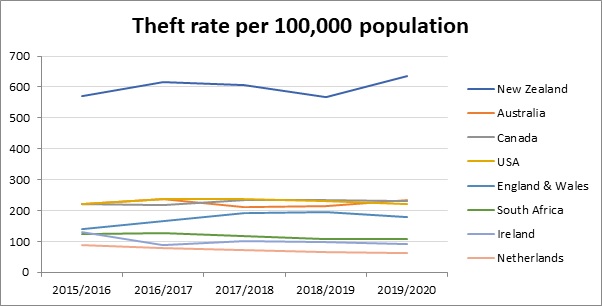 To account for diverse reporting standards across the countries, including variations in reporting timing, the number of vehicles and population size, it is best to index the country numbers to a common point and measure performance from that point. When indexed to 2015, South Africa still has a lower vehicle theft rate than most of the other countries and its theft rate has decreased by 13% over the past five years. On the other hand, England and Wales have seen the greatest increase in theft rate, to 26% more than five years ago. While New Zealand and Australia have seen an uptick in vehicle theft going into 2020. 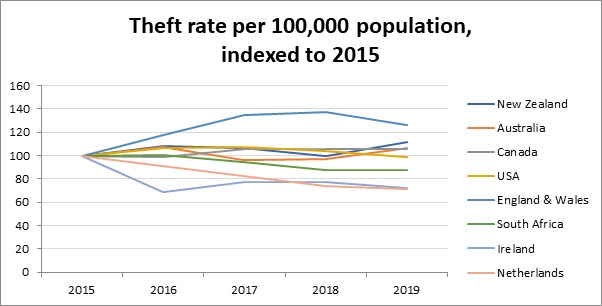 “It is encouraging that South Africa is fighting the scourge on vehicle crime, and this could be attributed to our well-established vehicle tracking services,” says Duma Ngcobo, Chief Operating Officer at Tracker South Africa. “However, it is important that we don’t become complacent, as the downward trend could quickly turn. Remain vigilant and be on the lookout for suspicious persons or vehicles, whether driving or parking your car. By doing so, we could contribute to decreasing the vehicle crime numbers even more.”