The 200,000th Chery EQ1 is put on market under the guidance of advanced technologies 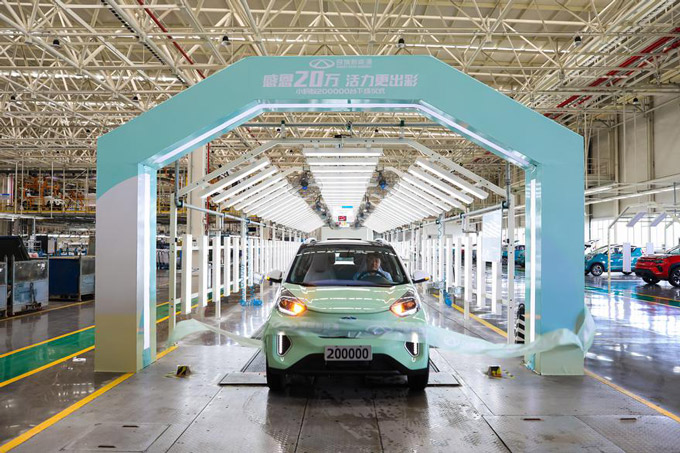 Recently, the 200,000th mini battery electric vehicle Chery EQ1 is put on market officially. As a pioneer of China's mini BEVs, Chery launched this model in 2017, with sales exceeding 200,000 in four years, becoming the cumulative sales champion of mini battery electric vehicles in the same price range. Led by EQ1 and SUV EQ5, Chery's sales of new energy vehicles set records successively, with 6,792 vehicles sold in May, a year-on-year increase of 131.7%; from January to May, the cumulative sales volume of vehicles was 32,337, with a year-on-year growth of 270.6%.

At present, the development of new energy vehicles has become the national strategy of the United States, Germany, China and other countries. Especially, the new energy vehicle industry has been developing rapidly in China. Chinese automobile brands are seizing the opportunity to launch a series of products and realize product rapid iteration, striving to realize the leap-forward development from "follower" to "leader".

Among them, EQ1 is the leader of mini BEVs in China and even in the world. Since its launch in 2017, EQ1 has experienced four times of evolution and won many first prizes in China such as the first self-developed BEV, the first lightweight BEV with aluminum body, the first two-door four-seat BEV with a range of more than 300 km, and the first BEV with automatic parking function and the highest sharing travel penetration rate.

However, the evolution of EQ1 is still going on. At the Shanghai auto show in April this year, Chery launched two concept cars with a strong sense of future –EQZ and EQX. EQZ is Chery's first mass production model equipped with L2.99 intelligent auxiliary system, and EQX is equipped with L4 automatic driving function, showing Chery's future development direction of new energy vehicles.

In addition to electric technology, Chery is also actively planning a variety of new energy technology routes such as hybrid and hydrogen power. Chery released the "4.0 all-range dynamic framework", named "CHERY POWER", which covers the current and future mainstream power forms of all-range professional power solutions, including fuel, hybrid and hydrogen power, and can meet users’ needs in all travel scenarios.

Just on May 18, Chery's "pioneered" full-function dedicated hybrid transmission (DHT) was officially launched. It is the core component of "Chery 4.0 all-range dynamic framework". Also, it is the first Chinese brand transmission featuring dual motor drive, which has nine full-function working modes. It has 11 combined gears, the maximum among all global brands, and adopts TSD dual axis drive which can provide more smooth driving experience. TIGGO 8 PRO PHEV, the first vehicle equipped with this platform, is planned to be launched in the second half of this year. The acceleration from zero to 100 km can be completed within 5 seconds, and the fuel consumption is less than 1 L/100 km.