Stay safe around trucks on the road this Festive Season 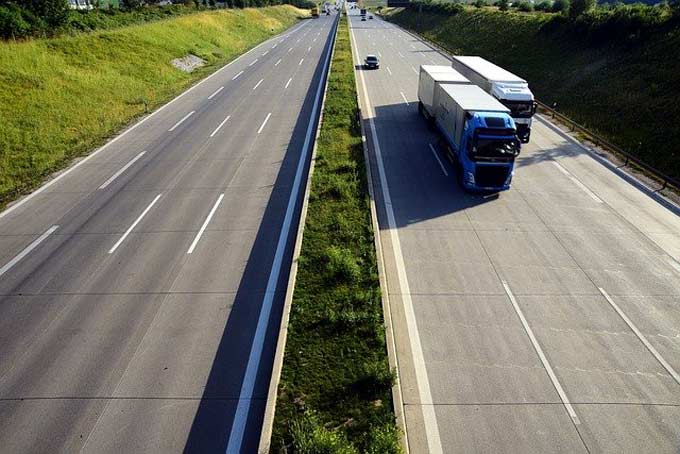 As the holiday season looms, statistics show the need for motorists to pay even more attention while driving than usual, especially when driving close to trucks.

Arrive Alive reported in 2018 that 44 trucks were involved in deadly collisions that year. During the 2018 Festive Season trucks contributed to 5% of the crashes recorded during that time.

Statistics related to land transport released by Stats SA for June 2021 indicated that income from freight transportation increased by 30.9% in the second quarter of 2021, compared to the same quarter in 2020. The conclusion can be made that the number of trucks on the roads are increasing daily. On some heavily travelled road stretches, every fourth vehicle is currently a truck.

Alma Darlington, Chief Executive Officer at Excel Recovery Services, says most accidents involving trucks usually happen on a Thursday, by which point in the week truck drivers may be tired from the many hours behind the wheel and less alert to changes in traffic conditions around them.

“We all agree that heavy commercial vehicles keep our economy going, especially with the rail infrastructure which has collapsed in certain areas or is very close to that status. It can, however, be very frustrating and sometimes even scary to drive around heavy vehicles. Being aware of certain issues with regards to driving around trucks can create a better understanding of the situation and can hopefully result in fewer accidents involving trucks,” says Darlington.

A truck is travelling at 100km/h. Three vehicles overtake the truck and then realise that the traffic in front is stationary! All of a sudden this truck has about 30m less to come to a standstill. This situation is a recipe for disaster.

Due to the size and height of a truck, it cannot accommodate severe differences in road surfaces or sudden changes in direction. If a truck swerves suddenly it can shift the balance between the base and height of the truck, causing it to fall over. Sudden braking can cause the truck to jack-knife.

A truck travels on a narrow road. A vehicle approaching from the front moves over into the truck’s lane of travel. There is little chance that the truck can suddenly swerve to the side and avoid overturning.

Commercial vehicles usually need two lanes to turn. Do NOT overtake or squeeze in next to the turning truck. There is very little or nothing the truck driver can do to avoid colliding with a vehicle next to it (and often this vehicle is in the truck’s blind spot).

A truck is busy turning, the driver focusing on all the different factors to be considered around him, and a vehicle squeezes into a space next to the truck, which also happens to be in the driver's blind spot.

A truck has four zones where the driver has no or limited visibility. This means that the truck can move over into this space, not aware of an object in this area. Some trucks have a very long front side, which can obscure a small vehicle. Driving for prolonged periods in front of a truck is extremely dangerous. If the driver of a vehicle infront of a truck cannot see the truck driver’s face in the mirror, this driver must realise that the truck driver can also not see the vehicle around him.

Take into consideration what strong winds can do to a truck’s driving conditions. Because of the size of the vehicle, it presents extreme resistance in windy situations. A truck can be blown over by the strong wind. While driving on our roads during the upcoming holiday season, always ensure your safety first and time of arrival second. If you get frustrated with the other drivers on the road, imagine the frustration and stress levels of a truck driver.

Let’s all be considerate, patient and travel safe into 2022!