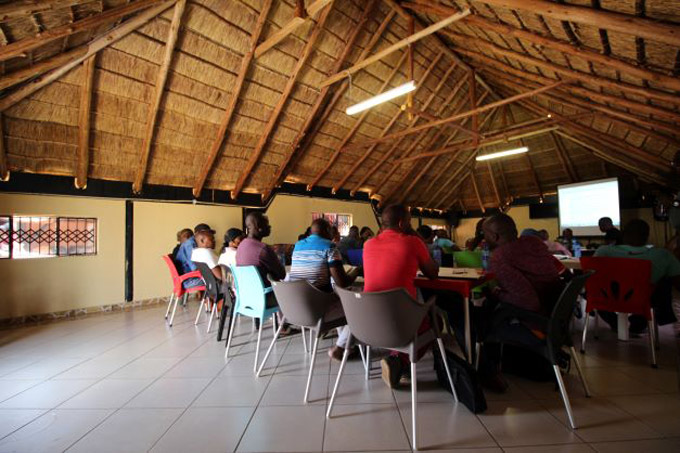 Globally-trusted infrastructure consulting firm AECOM is supporting the creation of significant opportunities for skills transfer, development of Small, Medium and Micro Enterprises (SMMEs) and community development projects as part of its scope of work for the R573 upgrade on behalf of the South African National Roads Agency Limited (SANRAL). The 160-km-long route is an important economic corridor that runs through Gauteng, Limpopo and Mpumalanga, and is used by about 50 000 commuters a day.

The project forms a component of the government’s Strategic Infrastructure Projects 1 (SIP1) initiative, which ultimately aims to unlock the northern mineral belt, with Waterberg as the catalyst. The upgrade aims to make the R573 safe for all users, including pedestrians and motorists, especially due to the large number of traffic accidents that occur along its length.

“There is a huge portion of heavy commuter traffic, mostly between Gauteng and Mpumalanga for work purposes, so there is a lot of bus traffic from early in the morning until late at night, and as a result there have been a number of serious accidents with fatalities,” explains Ugesh Ramnath, Associate Director: Infrastructure Design, Africa at AECOM. The road itself traverses both rural and urban areas.

“Our section is a mix of both, which makes it more complex. One of the major problems is that a lot of businesses and residences front the road with direct access, resulting in issues related to mobility and safety, which is the primary concern. This is compounded further by pedestrian traffic and livestock,” adds Ramnath.

The road has been divided into three sections between the provincial boundaries. The design of the road upgrades for each section has been awarded to separate consultants as distinct contracts, with all sections regarded as high priority. AECOM was awarded Section 2 – Mpumalanga. Each section has been divided into smaller sub-sections due to various considerations, and accordingly prioritised in terms of construction main works packages.

AECOM’s scope of work is to redesign the road as two lanes in either direction, along with public transport facilities. It includes widening five river bridges, ten major culverts and three pedestrian bridges. In addition, a median barrier will be constructed as a major accident-prevention measure, along with street lighting to improve visibility

The fact that the road is being upgraded from Category 3 to Category 2 means that the existing bulk stormwater system immediately adjacent and outside the R573 road reserve cannot cope with the design peak flows. As such, these systems also need to be upgraded in order to mitigate flooding. This has necessitated additional major culverts, bulk stormwater channels and low-level crossings.

AECOM also needed to reinstate access and provide access road linkages to the new intersections, mainly as a result of cutting off indirect accesses onto the R573, so that this then becomes part of the overall road network. The access roads and bulk stormwater drainage forms part of the community development projects.

The main works contracts make provision for a 30% Contract Participation Goals (CPG) target to Targeted Enterprises and SMMEs. “This is a high-profile project due to its SIP1 status, as well as forming part of SANRAL’s Horizon 2030 strategy,” stresses Ramnath. By hosting ongoing community information sessions, SANRAL has been providing project information to various stakeholders and community members. Its mandate is to drive economic development through the provision and maintenance of critical infrastructure.