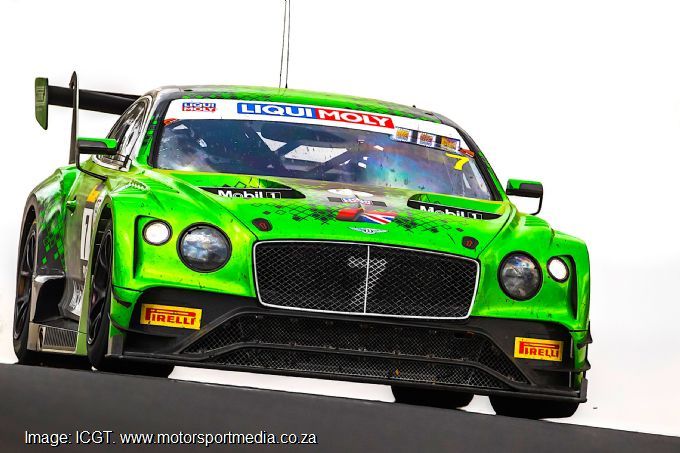 South Africa's Bentley Boy, Jordan Pepper has been named the 2020 GT3 Driver of the Year by leading international website sportscar365.com in its annual awards announced on 29 December.

“I am truly honoured to be crowned sportscar365.com’s GT3 Driver of the Year,” a delighted Jordan admitted. “It’s been a tough year that started very well with our Bathurst 12 Hour win and now it has ended on a very high note as well. “Special thanks once again to Bentley for a brilliant five years racing the Continental GT3 and to the sportscar365 panel for this nod to close off an incredible chapter of my career. “Now I look forward to the next chapter."

The website concluded that: “Other drivers won more trophies in GT3 racing this year, but Bentley ace Pepper still stood out as one of the category’s top performers.

“The 24-year-old South African has matured greatly since his early days driving the first-generation Bentley Continental GT3, to the point that he has become a leading member of the British marque’s talented factory squad.

“Pepper claimed a single race win this year, but it was a significant one.

Victory in the Liqui-Moly Bathurst 12 Hour with his IGTC co-drivers Jules Gounon and Maxime Soulet was the reward for an outstanding race run by the M-Sport crew.

“Pepper’s IGTC drives were particularly strong: he scaled the order in the opening half of the 24 Hours of Spa, stood out in the wet at Indianapolis and pressured the leading Honda in the early stages at Kyalami before an engine issue dashed his team’s title hopes.

“Pepper also impressed in GTWC Europe Endurance Cup driving for K-PAX Racing and was always among the fastest drivers in the super-competitive field on average.

“A highlight performance was his charge from 18th on the grid to fourth in the first two stints of the Nürburgring six-hour race, which involved taking 11 positions in hour one.

“While Bentley is ending its factory GT3 program after this year, there can be little doubt that Pepper’s impressive driving and value as both a squad member and a manufacturer representative will have piqued the interest of several other brands and teams.”

Jordan Pepper is yet to confirm his 2021 racing plans.