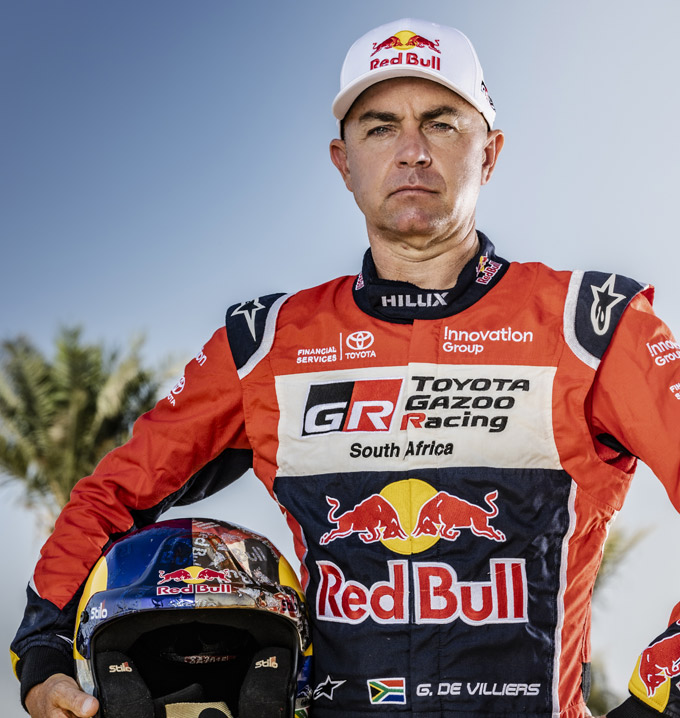 Red Bull’s Giniel De Villiers is among the most experienced drivers on the Dakar and was able to avoid the many pitfalls on stage five to reacquaint himself with victory.

Behind the wheel of his Toyota, the South African took the lead at the first time checkpoint and was never under threat. He completed this 456-km long special 58’’ ahead of his countryman Brian Baragwanath, who has picked up another podium finish this year following second place on the prologue.

De Villiers said: ‘’Today everything seemed to click, Alex did a great job on the navigation. We took it a bit calm in the beginning, just to make sure we get all the points.’’

Speaking more about stages 3 and 4, the team had a driveshaft failure in the dunes. The change took a bit longer than normal because of the wind as well as being stuck when it happened. With stage 4 proved a bit difficult, some bad neck pain resulting in not being able to take hard hits.

For the stage 5 of the DAKAR race, he went on to say ‘’The navigation is really difficult and it is probably better in the morning to go a little bit slower to make sure you get 100% the right cap because there are so many roads.’’ he concludes.

To watch Giniel in action, head to Red Bull TV for the DAKAR’s daily edits https://www.redbull.com/int-en/shows/dakar-rally-2021