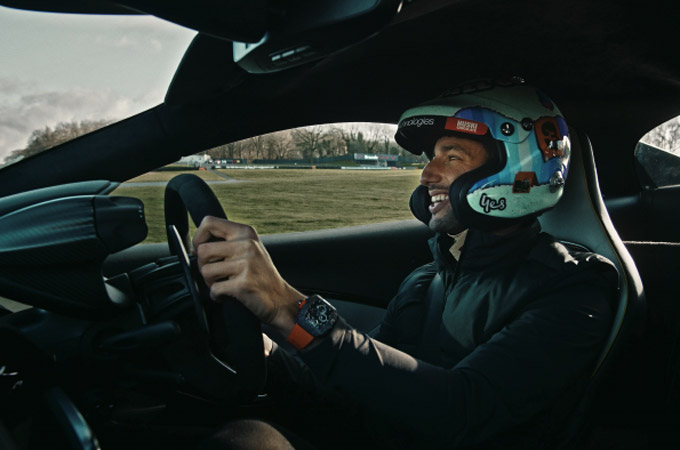 New McLaren Formula 1 driver Daniel Ricciardo has a hugely busy pre-season diary. Now he’s part of the McLaren family alongside team-mate Lando Norris, Daniel gets to drive McLarens with two seats as well as one – and jumped at the chance to try out the new McLaren Artura high-performance hybrid supercar. Daniel is pictured enjoying the McLaren Artura ahead of his role in the global reveal that takes place this Wednesday, February 17 at 00:01 GMT. The reveal, at McLaren’s Woking, England, headquarters, will be streamed at http://cars.mclaren.com/en/artura/event