History of the Alpine brand 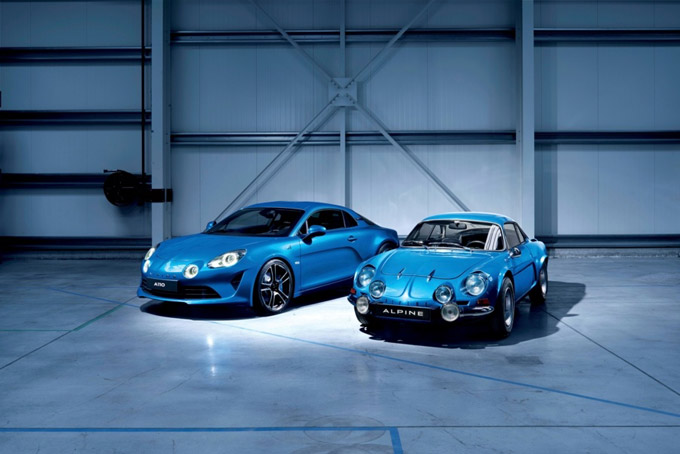 Alpine was founded in 1955 by Jean Rédélé, a young man with a passion for motorsport whose favorite playground - the Alps - inspired the name of his brand.

The company took off as soon as the original A110 appeared in 1962. At this time, Alpine and Renault worked closely together since the Alpine was sold and serviced by Renault dealerships. In the early 1970s, Alpine was one of the rallying elite. In 1971, Alpine monopolised the podium of the famous Monte Carlo Rally before winning it again in 1973, the year in which it became the first manufacturer to be crowned World Rally Champion.

Alpine is a sporting brand. Racing is in its blood. All of its cars are a testament to that, both in their design and in their performance. This formidable image was, naturally, founded on the car’s exploits in rallying. Alpine was also victorious in prototypes in the world’s greatest endurance races, including the 24 Hours of Le Mans, the star event for sports car racing. The car similarly triumphed in single-seater competition – motor racing’s most exacting discipline – and in rallycross, a discipline that calls for all-round strength.

In 2021, Alpine's motorsport programme will gain momentum with the brand's arrival in the Formula 1 World Championship under the name Alpine F1 Team, not forgetting the move up to the premier class (LMP1) of the FIA WEC Endurance World Championship, under the name Elf Matmut Alpine Endurance Team. On the road, Alpine unveiled its long-term plans to position the brand at the forefront of innovation. The activities of Alpine Cars, Renault Sport Cars and Renault Sport Racing are united as one entity under the Alpine brand. The newly created entity intends to be a ‘new generation’ automotive brand for discerning, passionate early adopters.

Together, they are laying the foundations for a ‘new generation’ 100% electric car brand aimed at demanding and passionate customers.