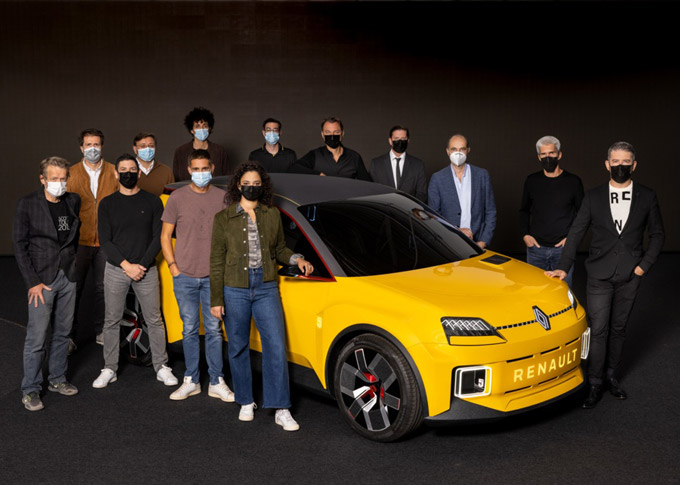 The purpose behind the Renault 5 Prototype was to demonstrate Renault's commitment to making electric cars widely accessible throughout Europe. Renault design teams set their minds on revisiting a popular yet essential car, much like its dashing ancestor back in its heyday. Renault 5 Prototype is a compact city car full of charm, a car that propels one of Renault’s timeless favourites into the future, with a modern all-electric touch.

Renault 5 Prototype was voted Concept Car of the Year by the prestigious Car Design News after competing against other concept cars presented by car manufacturers between March 2020 and March 2021. Car Design Review 8 offers an overview of the previous year in design and takes stock of latest trends and innovation. It was elected by a panel of automotive experts and design directors from the world's leading automotive manufacturers.

With the R5 Prototype winning the Car Design News award for Concept Car of the Year, it comes with an extra layer of meaning for the team at Renault Design, that of being awarded by a jury composed of great automotive designers! We are extremely proud! We are also proud of how the Renault 5 Prototype has been received by both the press and the public given that 90% of the exterior design will carry over onto the show-car!

The production model based on the Renault 5 Prototype will be unveiled in 2024.