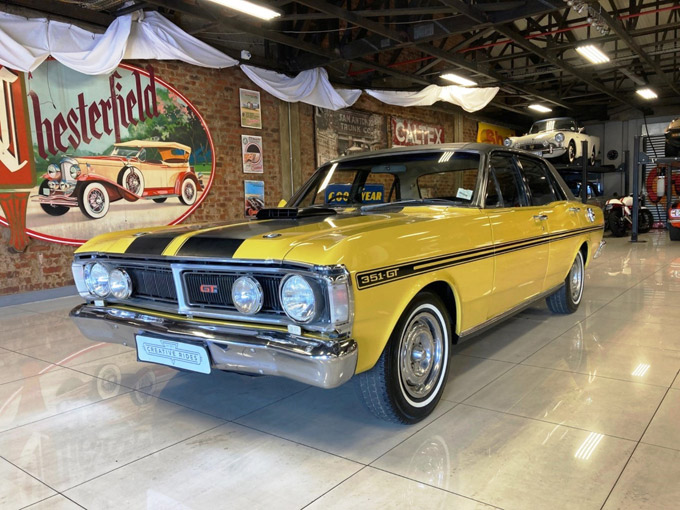 A hundred automotive classics and extremely rare collector cars, among them South African builds that have become global power legends, go on the auction block in a nostalgia sale in Johannesburg on December 4 that will attract buyers from all over the world.

“The Louis Coetzer Estate Collector Car sale held on December 5, 2020, smashed every previous South African collector car auction record, and the quality of the cars under the hammer this year means we’re going to be smashing them again.

“Last year’s auction was the biggest national collector car auction ever by bidder volume and bidding numbers. We also had 140 international buyers registered among the 276 bidders on the day from as far afield as England, Germany, the United States, France, the Bahamas, Australia, Namibia and Zambia, with a global online audience of more than 11 000 people watching the sale.

“This year we’re offering an even more exceptional selection of automotive classics representing design and build ingenuity from three continents. There isn’t a classic car collector in the world who’ll want to miss this auction.”

Creative Rides Owner and CEO Kevin Derrick says some of the auction hero lots of the day on December 4 are “once in a lifetime” acquisition opportunities for collectors.

“Just one example is the Ford Capri Perana; the only V8 Capri ever sanctioned by Ford and with only around two- to three hundred ever made.

“Fifty years ago, the iconic Capri Perana, one of the legends in South Africa’s motoring heritage, was conceived by master engineer and car builder Basil Green. It was a homologation model utilising the 302 Windsor engine used also in Mustangs at that time. The use of such a powerful engine in a very small car provided astounding performance.”

“Known internally at Ford as the ‘Big Daddy’, the 1970 model is a CKD version of the Australian XY Falcon GT that was produced Down Under but assembled in South Africa.

“The ‘Super Rhino’, as it became known, was a tremendous performance car, rocketing from 0-100km/h in 6.5 seconds, and topping the speedo and around 210km/h, which at the time made it the fastest production car in the world. Since it was only produced for three years, it was and remains an extremely rare car and a collector’s dream find.”

He says one of the most exceptional South African collector cars on auction in December is a 1985 Alfa Romeo GTV 3L; full of grunt and designed for the local Group 1 racing circuit.

“Although the 2.5 V6 improved on most areas of the less powerful GTs, the 3L was another level with lowered suspension, a large front spoiler and a fibreglass bonnet with air inlet scoop and a bulge design to accommodate the six-pack Dellorto carburettors.

“And while the GTV 3L was specifically built for racing, Alfa faithfully stuck to the rules that at least 212 cars had to be homologated and made available for sale to the public. It’s one of these rarities that we’ll be auctioning at the end of the year.”

Derrick says a selection of American muscle cars as well as European sports cars and luxury sedans will also be auctioned in December, including a rare Mercedes-Benz W186 Model 300 Adenauer.

“Produced in the early 1950s, these Mercs were in direct competition with Rolls Royce and at the time were the conveyance of choice for numerous heads of state. Design-wise they were way ahead of their time; even in the 1950s offering buyers optional features such as VHF mobile phones and dictation machines.”

Van Reenen says the combined live and globally lived-streamed virtual auction will begin at 11am sharp (Central African Time) on Saturday, December 4, at the Creative Rides Showroom in the Posthouse Centre on Main Road in Bryanston, Johannesburg.

“We will soon be making an e-catalogue of all the auction lots available for download, but in the meantime bidders can visit www.highstreetauctions.com or www.creativeride.co.za for more information.

“All bidders must register with FICA documents prior to the auction. A registration fee of R25 000 is applicable, which will be refunded to any unsuccessful bidders on the day.”