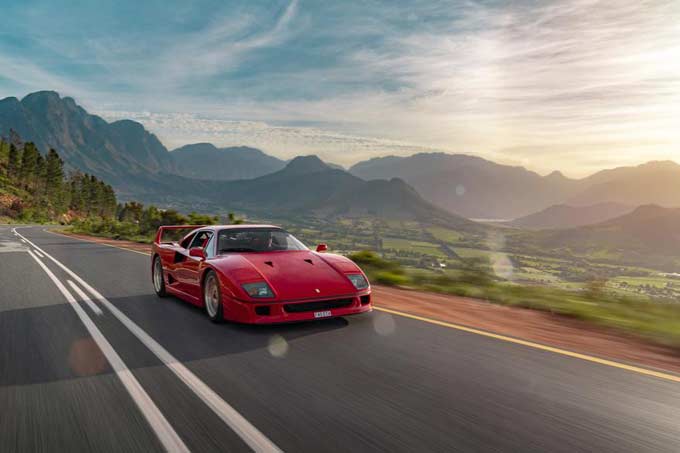 If you’re a dyed-in-the-wool petrolhead, then the name “Mille Miglia” will immediately stir emotions. This storied 1 000-mile race took place in Italy from 1927 to 1957, and helped cement iconic names such as Tazio Nuvolari and Stirling Moss in our memories of motorsport’s golden era. The spirit of the “Mille Miglia” actually still thrives to this day. Since 1977 it has been run as an historic rally that attracts some 350 high-profile entrants annually, all in cars manufactured between the original racing years. The event is so admired, that so-called “tribute” races have popped up around the world, in places such as Japan, the United States, Dubai and now, for the first time, in South Africa, with the announcement of the Cape 1000.

With the most incredible scenery and roads that the Western Cape has to offer, it is the obvious location for a similar road rally that pays tribute to “the most beautiful race in the world.” The event will be run in partnership with SCL Travel and Cars.co.za.

“We are excited to be paying tribute to such an incredible part of motorsport history right here in the fair Cape,” says Dave Alexander, Route Convenor. “With some of the best and rarest motor vehicles taking part, it should be quite a spectacle!”

“Classic car culture is alive and kicking in South Africa,” added Hannes Oosthuizen, Consumer Experience Manager at Cars.co.za. “We are thrilled to partner with the Cape 1000’s organisers, and look forward to bringing all the glamour and excitement to our audiences, across all our platforms, including Youtube. We are also excited to confirm that we will be participating - and documenting the journey - in the Cape 1000 with our freshly restored Ford Capri Perana!”

The event, which takes place in March 2022, will be run over the course of four days (five nights) and will be limited to 60 cars in the first year. It will include grand touring, regularity stages and non-competitive track events. Entries are limited to certain brands, models and by invitation or application (and subject to approval by the admissions committee to ensure a line-up of top-end entrants).

"Based on the feedback thus far, we anticipate a stellar line-up of rare and exotic vehicles, ranging from cars nearly 90 years old, to more recent, modern classics," says organiser Ross Crichton. It promises to be quite a fantastic sight when the 60 entrants leave the starting point at the V&A Waterfront in Cape Town in March next year", he adds. He encourages owners who are unsure about the eligibility of their cars to get in touch.

Some of the Mille Miglia Class cars expected to participate include the Franschhoek Motor Museum’s Bristol 401, a 1957 MGA, 1956 Triumph TR3 and 1934 MG K-Type.

Beneficiaries of the Cape 1000 include the Motorsport Legends Benevolent Fund and QuadPara Association of South Africa (QASA).

Registrations are now open on www.cape1000.com or by contacting This email address is being protected from spambots. You need JavaScript enabled to view it.