Having raced both, Julian rates the local Touring Car best 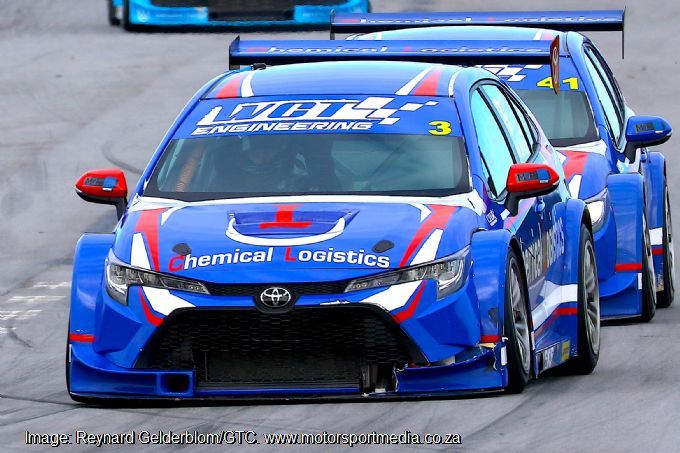 The 2021 South African Global Touring Car Championship kicks off at Killarney in a month’s time with growing excitement as it enters a new era with upgraded cars, a field of SA’s finest young drivers and a general spring in the series’ step.

One of the young men racing in 2021, 2017 Investchem SA Formula 1600 champion Julian van der Watt remains the only driver to ever race both an international TCR Touring Car overseas, and a GTC racer at home. He readily admits that the GTC is far more satisfying to drive and that in its latest specification, the GTC machine is more reliable, too.

Van der Watt, who holds the outright lap record at several SA racetracks driving an A1 GP Ferrari, raced an Audi A4 in the 2019 US TCR championship and also competed in the South African Global Touring Car Championship last year. He was part of an exhaustive 2020 GTC test program around proofing and refining the revised chrome molybdenum chassis and wiring looms that the series has allowed in an effort to improve reliability.

“The Global Touring Car is a real race car,” Julian explains. “That’s the biggest difference. “The GTC car is designed and purpose built from the ground up, to do one thing and that’s to race. "TCR cars are basically street cars in drag. “That does not make the TCR bad in any way, but it is nothing much more than a grown up Polo Cup. “It has a cool LS differential and all the right kit, but it is still a front-wheel drive street car that has been modified into a racing car.

“When you race a GTC car it's more like driving a GP2, Formula 3000 or an A1 GP racer than the tin-top you expect. “Sure, it looks like a Corolla or a Golf, but under the skin, it is all built to do one thing and that’s to race. “The GTC car is far more communicative to drive than a TCR, it responds far better to driver input and set-up changes; takes more effort to drive hard and eke those vital tenths of a second out of it and it's more than powerful enough too."

Interestingly van der Watt also scoffs at suggestions that GTC cars are brittle. “To be honest, we had more than our fair share of problems racing a TCR car in the US — we’d get to the grid and a sensor would play up, or it would go into limp mode for the weirdest reasons. “Last year we raced and did more than a full racing season worth of testing with the new Investchem Toyota Corolla GTCs and we had no problems — not even one.

“Maybe there were problems in the past, but I have seen nothing of that.”

Another common gripe about GTC is its cost. “That’s a fallacy,” Investchem Racing owner Ian Schofield contends. “A few years ago we did the exercise to evaluate the costs when a carmaker’s racing department considered selling its TCRs to SA. “It turns out, that to land a race ready TCR here will cost you more than it would to build a new GTC car. “And then you have a car with no parts, no support, nothing.

“Global Touring Cars are well established in this country and are actually not at all that costly to run. “We already have a GTC industry supporting everything from manufacturing the chassis to engine building in South Africa and several teams ready and able to run and race these cars that they have now come to know very well.”

Julian van der Watt added that TCR racing is very well supported by the carmakers overseas. “Remember that the teams in the US where I raced and in all the other TCR championships, are basically all works supported. “The carmakers foot most of the budgets, they buy cars from the race departments and Audi, Alfa Romeo, Hyundai, Volkswagen and the rest pay the bills to go racing. “That makes it far easier…”

So, all involved in Global Touring Cars in South Africa have a spring in their steps as the new 2021 season approaches. Numbers promise to be up, there’s a brilliant young driver line-up and the series is confident that the cars will be increasingly reliable as they all become adapted to the latest specification through the early part of the season.

“Things are looking up,” Ian Schofield concluded. “Toyota’s second new-specification Corolla is taking shape, we will be running two of them again and a Ford Focus this year, and we hear multiple SA champion Jeffery Kruger enjoyed a very positive first test in a BMW. “We also expect the Audis to return and then we await news on the new factory Volkswagen Golf GTIs. “So on a good day with the SupaCup Polos behind us, we will see up to 20 cars on the grid.”

Global Touring Cars is the first to admit that it has made a few mistakes along the way and that there have been issues. But with all of that behind it, South Africa’s premier circuit motor racing series is raring to go.

And judging by the Investchem Toyota Corolla team’s positive approach, 2021 promises to be a vintage Global Touring Car year in South Africa. Roll on Killarney 20 March.