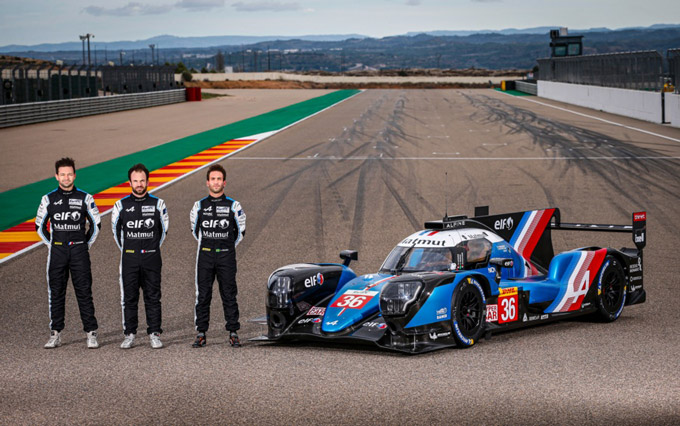 Alpine has a great track record in endurance racing and is now taking on the challenge of entering the top category of the FIA WEC and the 24H of Le Mans 2021.

Like its commitment to Formula 1, this new project in endurance racing demonstrates the ambition of Alpine, a brand born from competition, for competition.

Approved by the Fédération Internationale de l'Automobile as the Alpine A480, the prototype is built on an Oreca chassis and powered by a 4.5-litre V8 supplied by Gibson Technology. It is fitted with Michelin tyres, in accordance with the regulations of the Hypercar class.

The A480 will be driven by three experienced endurance drivers, Nicolas Lapierre, André Negrão, and Matthieu Vaxiviere. The race team will be managed by Philippe Sinault, Team Principal, as has been the case since 2014 with numerous successes in the LMP2 class.

Motorsport is inseparable from Alpine. Since our return to endurance racing in 2013, this adventure has brought us magnificent emotions, with fabulous victories. After eight successful years it is now time to join the top category as the brand makes a new start. The evolutions of the regulations offer us the opportunity to express our passion, to demonstrate our technical know-how, and our experience in a fair and cost-effective framework. We will give our best in every race to make Alpine's colours shine at the highest level of motorsport.
Laurent Rossi, CEO Alpine

Alpine’s history is paved with challenges. Since 2013, we have been proving ourselves step by step, and showing that we are capable of defending the Alpine colours at the highest level. This new challenge is part of this mindset. The trust that Alpine has placed in us for this project is a source of great pride. We are approaching Confidential C this programme with humility and the desire to do well at a time when the world of endurance racing is at a turning point in its history. We are determined to rise to this exhilarating and incredibly motivating challenge to once again anchor Alpine in the pantheon of French and international motorsport.
Philippe Sinault, Team Principal of the Alpine Elf Matmut Endurance Team