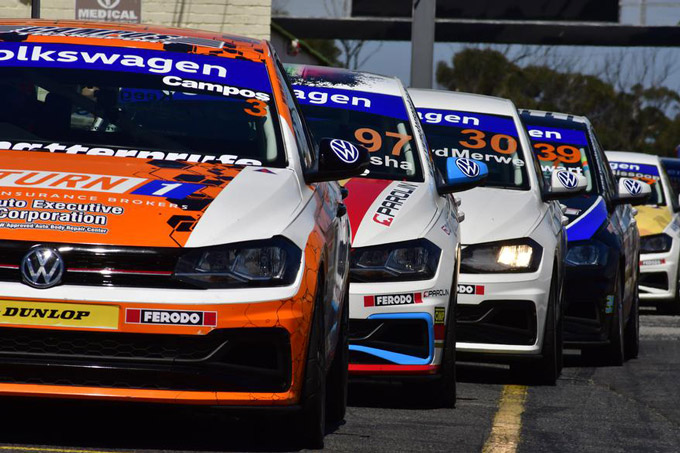 The 2021 circuit racing motorsport season enjoyed a successful start following action-packed races in both the Volkswagen Polo Cup and SupaCup category of the Global Touring Cars (GTC) series this past weekend while the Mother City’s famed Killarney racetrack provided the perfect battleground.

A number of very fast and experienced drivers, as well as new and young talents made use of the opportunity to showcase their skills, albeit in front of empty grandstands due to the ongoing pandemic. Fans from across the country were however able to follow every lap of the action in the comfort of their own homes, as every race was broadcast live to a variety of social media platforms. Those who did tune in were not disappointed as one of South Africa’s most successful racing series, the Volkswagen Polo Cup, celebrated its 25th birthday. “It’s an honour for Volkswagen to be the custodian of one of the country’s biggest motorsport success stories,” commented Mike Rowe, head of Volkswagen Motorsport. “This weekend’s racing certainly proved how the series continues to unearth and develop the country’s best talents and if the weekend can be used as a yardstick, the future of motorsport in this country is looking bright.”

Local driver Jurie Swart put his knowledge of the Cape Town circuit to good use as he dominated the weekend by setting the fastest time in almost every practice session. He followed it up with a pole position in the superpole qualifying session and then converted it into a victory in race one. The Capetonian started race two from third on the grid and drove a superb race to once again claim victory when the checkered flag was waved. “It was the best race of my career,” said Swart shortly after the race. “It was very close but I had a strategy and it worked out perfectly. I couldn’t be any happier.”

Besides Swart, a number of young drivers made their mark over the weekend, including 15-year old Leyton Fourie who completed the day in second position, ahead of Arnold Neveling who rounded out the top three. 2020 Championship runner-up Clinton Bezuidenhout finished the day in fourth, one position ahead of 14-year old Tate Bishop who is certainly one to watch in the near future. There were also a few accidents down the field that saw the end of Kwanda Mokoena, Farhaan Basha and Damian Hammond. Fortunately, there were no serious injuries reported.

The SupaCup category of the GTC is fast becoming a highlight on the race calendar with a record 11 teams lining up to take the starters orders in Cape Town, including Volkswagen Motorsport factory driver Jonathan Mogotsi. SupaCup is also home to a string of the country’s fastest drivers, including multiple Polo Cup champions Bradley Liebenberg and Jeffrey Kruger. Liebenberg stomped to yet another overall victory, followed by Mogotsi who claimed second overall ahead of Kruger in third.

“This weekend’s racing was undoubtedly proof that motorsport and circuit racing in particular is in good health. And as Volkswagen Motorsport, we are proud to take the Volkswagen Polo Cup into its next phase with the amount of youngsters climbing the ranks. At the same time, we have a record number of customers to serve in the SupaCup category which is also growing with each race. We are very excited about the rest of the 2021 racing season,” concluded Rowe.