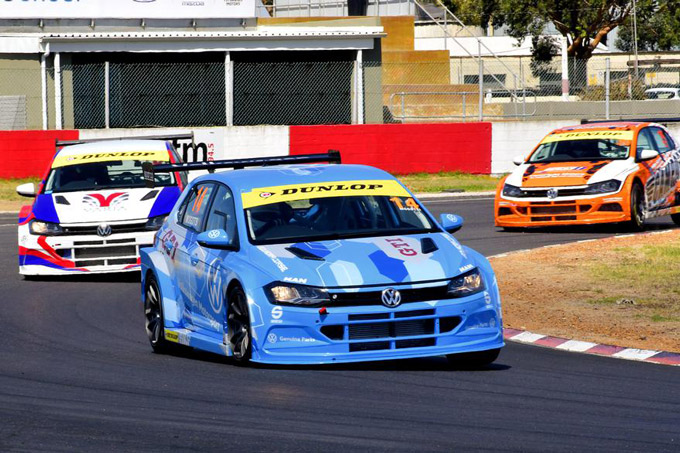 South Africa’s best-selling passenger car brand and its specialist motorsport division is looking forward to the next outing of the 2021 circuit racing season with Round 2 of the Xtreme Festival scheduled to take place at Pretoria’s Zwartkops Raceway over the weekend of 16 and 17 April. With a number of Volkswagen race cars competing in two separate national categories of racing, the brand will once again be well represented.

The Volkswagen Polo Cup certainly requires no introduction. In fact, the first round of the 2021 season that took place earlier this year in Cape Town marked the 25th anniversary of this popular series that has helped to develop the talents and driving skills of literally hundreds of South African racing drivers with many of them now having successful careers in Europe and other parts of the world. “We are fortunate that South Africa is blessed with lots of talent. The goal is to unearth and develop those young talents and turn them all into world-class racing drivers, and the Polo Cup provides the perfect platform to do exactly that,” commented Mike Rowe, head of Volkswagen Motorsport.

Most of the former Polo Cup champions have moved on so the 2021 field consists mostly of a group of very young talented drivers with the majority still in or fresh from the world of karting. They will all however have their eyes on Jurie Swart. The Capetonian made the best of his hometrack advantage when he claimed maximum points for pole position and two race victories in Cape Town in March. He will now have to up his game even more, as a number of these talented youngsters who call Zwartkops their home will be more than motivated to turn the tables on the Capetonian.

Besides the field of 20 Polos in the Volkswagen Polo Cup, another 10 Polos will battle it out for SupaCup honours. This category of the GTC has shown great growth since its inception in 2020 as it attracts more cars and more star drivers with every outing. Defending champion Bradley Liebenberg will no doubt be the one to watch, but as always he can expect stiff opposition from arch rival Jeffrey Kruger. Volkswagen Motorsport’s own Jonathan Mogotsi is edging closer and closer to the front of the field and will no doubt be a force to be reckoned with, as will youngster Saood Variawa who had an impressive debut in Cape Town.

“Volkswagen Motorsport is excited about the fact that racing is able to resume, albeit still under certain lockdown rules,” added Rowe. Spectators are still not allowed at the circuit, but fans can follow all the action live on the team’s social media platforms. It will also be the first time that the team gets to use the new Volkswagen Advanced Driving Academy facility at Zwartkops as a base to run a race weekend.

Qualifying for the Volkswagen Polo Cup will take place on the Friday afternoon with three races scheduled for the Saturday. The SupaCup drivers will have to qualify and contest two races all on the Saturday.