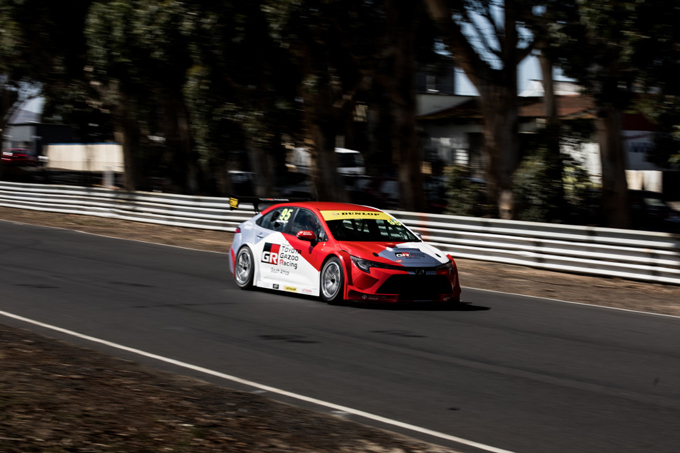 This weekend will see Round 2 of the 2021 Global Touring Cars (GTC) championship take place at the Zwartkops Raceway near Pretoria, and both the TOYOTA GAZOO Racing SA Corollas will be in action again. The “Rustenburg Rocket”, Michael van Rooyen, drew first blood in the championship by winning the opening race of the season, and he’ll be in the hunt for more victories come the weekend.

“It was great to take a win on our first outing this year, but we had some issues during the second race,” says Van Rooyen. “We’ve now sorted those, and we are quietly confident that we can have a meaningful points haul this weekend.”

Electrical gremlins plagued Van Rooyen during the second race at Killarney, but a new wiring harness has ensured that the GTC Corolla will now be back to full power for the upcoming weekend.

The opening round of the season, which took place at the Killarney International Raceway in Cape Town during March, saw Mandla Mdakane claim his first podium for the team during the second race of the weekend. This clearly showed that the experienced racer has the pace to score points, and he is also looking forward to the weekend.

“Zwartkops is a home race for us, and even though most of the field uses the track as a home base, I know it very well and am hoping to pick up where I left off in the Cape,” says Mdakane, who will also be celebrating his birthday this weekend.

Round 2 of the championship gets under way with practice sessions tomorrow, with qualifying and two races following on Saturday. Strict COVID-19 protocols remain in place at all races sanctioned by Motorsport South Africa (MSA) and as such access to the track is limited.