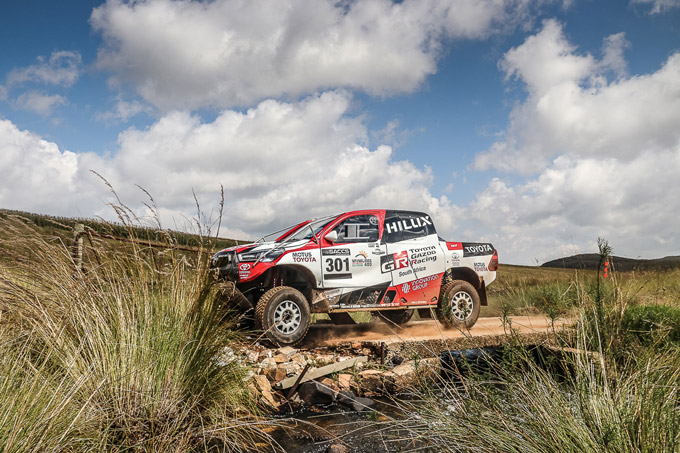 The South African Cross Country Series (SACCS) rendezvous, for round two of the SA National Cross Country championship, is set for the Eston / Mid Illovo area on the outskirts of Pietermaritzburg, when the Sugarbelt 400 makes its debut after a six year hiatus on May 21 and 22.

“The Sugarbelt 400, based at the Beaumont Eston Farmers’ Club, which was cancelled due to the worldwide Corona Virus pandemic last year, was always regarded as one of the tougher events on the Cross Country calendar, and this year will be no different, said SACCS Route Director and multiple SA Cross Country champion Evan Hutchison.  “The race will follow the familiar and historical format with competitors completing two loops of a figure of eight route comprising a north and south lap,” he added.

The event also holds special significance for the Ford Castrol Cross Country Team, with Pietermaritzburg one of the oldest Victorian cities in the world, home base to the Neil Woolridge Motorsport facility and reigning Class T Ford Castrol Cross Country Team of Lance Woolridge and navigator Elvéne Vonk who started their 2021 season off with flying colours when they scored their maiden victory in the FIA Class and Overall Production Vehicle championship at the recent Mpumalanga 400.

Likewise defending FIA Class and Overall Production Vehicle champions Toyota Gazoo Racing SA, also has well established roots in KZN, with Toyota’s manufacturing plant a stone’s throw away in Prospecton.  The three car squad will be vying for results worthy of their SACCS status on so called ‘home territory’.

The Sugarbelt 400 steeped in history will, however, be a new event for most as only a spattering of the current competitors previously competed in this distinctive event, which comprises a Qualifying Race of 50 kilometres on Friday, 21 May followed by the two loops of approximately 160 kilometres each, which will include a north and south lap, on Saturday, 22 May.

The Pirelli Qualifying Race to determine grid positions for the main race will be run over the south lap starting from the Beaumont Eston Farmers’ Club at 13:00 on Friday, 21 May.

The main race kicks off at 08:00 on Saturday, 22 May and will tackle the taxing north lap first, consisting of fairly tight sugarcane fields opening up and taking crews into a magnificent valley area, before heading back to the Beaumont Easton Farmers’ Club, bypassing the pits, for the technical south lap, comprising primarily sugarcane fields and technical areas, that make up loop one and the halfway mark of the race.  A welcome compulsory 30-minute service respite after loop one affords teams and crews the opportunity to attend to technical matters, replenish fuel and nutritional needs and rectify mechanical issues before heading off on the final loop of the notorious Sugarbelt 400.

In keeping with the COVID-19 protocols the Sugarbelt 400 is still closed to spectators.

Enthusiasts and spectators can follow the Sugarbelt 400 action on the RallySafe App, sponsored by Toyota, which can be downloaded free of charge for Android and iOS devices. The standings during the event as well as relevant race information will be available on the App.