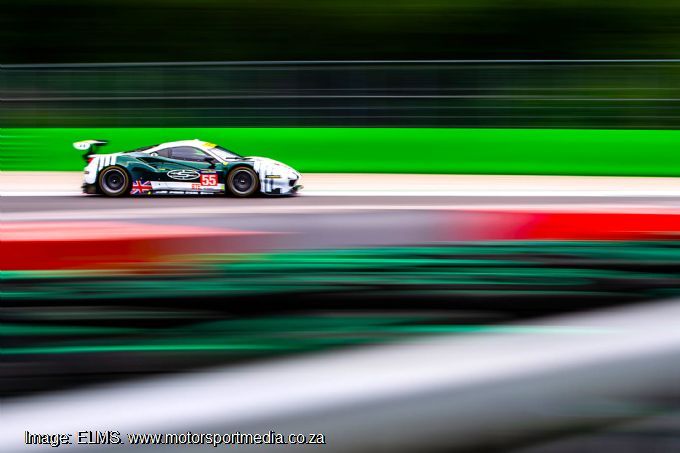 This past weekend was big for South African motorsportsmen abroad and local regional racing alike. SA race heroes starred overseas, while live-streamed regional racing from around the country brought some welcome lockdown relief for local fans.

Across the pond on two wheels meanwhile, South African bikers Cameron Petersen's Suzuki and Mathew Scholtz on a Yamaha shared out the MotoAmerica Superbike third and fourth places at Laguna Seca in California. Scholtz now lies second in that championship and Petersen fourth. Youngsters Sam Lochoff's Suzuki and Dominic Doyle on a Kawasaki took a 7th and a 9th in the Supersport 600 races, but each retired from the other heat. Lochoff sits second in that title chase.

There was not much else to shout about internationally in the week that Cape Town was confirmed for a 2022 Formula E round on 26 February. Talking Formula E, BMW's Max Gunther’s BMW won the weekend’s New York E-Prix first heat from Jean-Eric Vergne and Lucas di Grassi after Nick Cassidy and Vergne crashed out of the lead. Sam Bird dominated the race 2 for Jaguar from Cassidy and Antonio Felix da Costa. And Chevrolet driver Kurt Busch out-duelled brother Kyle’s Toyota in a dramatic Atlanta NASCAR Cup race.

Local is Lekker. Despite Lockdown

There were also two well supported if spectator-free lockdown-busting regional race meetings at a red-flag-strewn Killarney in Cape Town and at Aldo Scribante in Gqhereba over the weekend.

Byron Mitchell took the Formula Libre win by virtue of the red flag coming out after he emerged unscathed from a monumental accident and the second race was scored at the end of the previous lap. Troy Dolinschek, Bertus Engelbrecht and Elroy Vice took the single seater class wins. Nian du Toit dominated the Makita Supercars and Robert Toscano’s MX5 and Bradley Rowe in a BMW shared the Bejo Fine Cars wins.

And at Aldo Scribante, East London visitor Bevan Schwarz took overall EP Saloons honours in his mighty Corvette. But not before local lad Deon Slabbert overcame his troubles aboard his giant killing Polo to take the final race win. Another Buffalo Bay visitor Dean Ball was second in his Lotus 7, with Class X winner Philip Weise next up in his BMW. Marais Ellis took Class C in another BMW and VW men Andrew Boshoff and George van Baalen Classes E and F.

There Was Cracking EP Action Too

The day was closed off by a 45 minute evening enduro won by Daniel Bright’s VW Golf from Philip Weise’s BMW and Andrew Boshoff’s VW.

Local motorsport remains thin on the ground this coming weekend, but there is a feast of international racing to look forward to. Starting with Formula 1’s first qualifying race at the British Grand Prix at Silverstone. Toyota Gazoo Racing will be on double duty at both the Monza World Endurance Six Hour and World Rally Estonia, where both teams will be looking to continue their unbeaten runs. There’s also W Series and Formula E at Silverstone, IMSA from Lime Rock, NASCAR Cup at New Hampshire and All-Japan Super GTs from Motegi.