The pace quickens at Monza 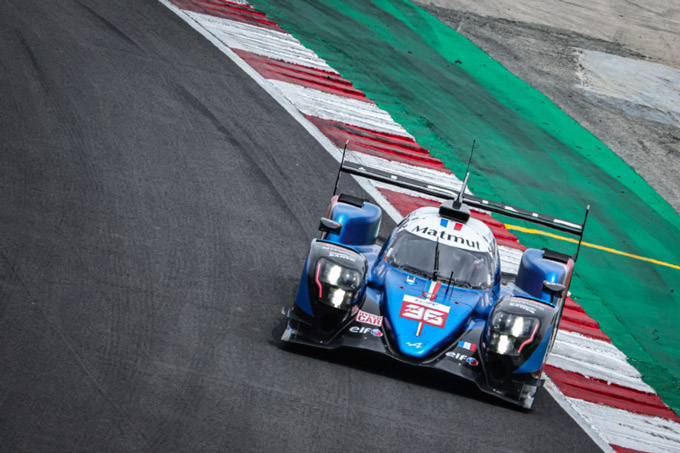 This week, the FIA WEC will discover another new race in less than two months when it travels to Italy for the first edition of the 6 Hours of Monza.

After the unprecedented challenges of the 8 Hours of Portimão, Alpine Elf Matmut Endurance Team and its rivals will have to use all their faculties of adaptation to master the subtleties of their latest challenge as quickly as possible. Considered as one of the most iconic tracks in motorsport, the Autodromo Nazionale di Monza is also one of the fastest on the calendar, with its long straights and high-speed corners interspersed with the heavy braking required for the all-important chicanes.

On this track, which has some similarities with the Circuit de la Sarthe, the team and its three drivers can rely on their respective experiences to prepare themselves as well as possible for the "Temple of Speed". Frenchmen Nicolas Lapierre and Matthieu Vaxiviere have already enjoyed success at Monza, while their team-mate André Negrão has competed there several times. As for Alpine, you have to go back to the 2017 FIA WEC Prologue to find any trace of prototypes bearing the A-arrow badged at Monza. At that time, the two A470s put in more than 2,400 kilometres in just two days.

Second at Spa-Francorchamps and third at Portimão, Les Bleus will look to continue their streak of podiums despite the ever-increasing number of competitors as Alpine Elf Matmut Endurance Team will take on two Toyotas and two Glickenhaus in the premier Hypercar category, as well as 12 LMP2 entries capable to spring a surprise and upset the hierarchy.

In this context, Philippe Sinault's men will draw from the lessons learnt at the previous meeting to refine the setups of the A480 as the balance of performance will be unchanged compared to Portugal. The goal for the entire team will be, however, simple: combine concentration, humility and serenity to strive for the best possible result, maintain the pressure on their rivals and prepare as best they can for the second half of the season, which will begin next month with the 24 Hours of Le Mans.

Round three of the calendar will feature a classic format with a single practice session on Friday. Nicolas Lapierre, André Negrão and Matthieu Vaxiviere will use their track time to gather as much information as possible in preparation for the Saturday evening qualifying, then the race, where the trio will take on 36 other crews in the 6 Hours of Monza on Sunday afternoon.

The Monza circuit's profile will be a great dress rehearsal for the 24 Hours of Le Mans. Even if there is nothing comparable to Le Mans, Monza's typology is similar, with long straights requiring a very unloaded aerodynamic configuration. It will be an excellent testbed for us to continue working on the areas of improvement we have identified, such as our ability to do more laps per stint. We have a work programme in this direction, and everyone in the team is working hard to keep the momentum going. Also, we have little experience of this iconic place in motorsport, and we will have to be wary of the very imposing kerbs around the track. The target will be to score a third podium in three races and stay in championship contention as everything is still to play for... Even less so with the arrival of the second Glickenhaus, which is excellent news for the Hypercar category!