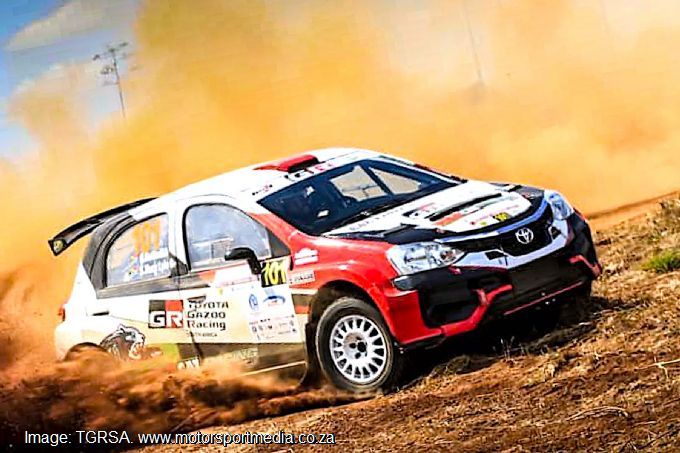 Toyota Gazoo Racing Week 31 may have been dead in South Africa and quiet abroad. But that did not stop SA’s international racing stars from shining in international races. More good news is that local racing was Sunday night given the green light to start up again.

The weekend started in sensational style when Sheldon van der Linde’s BMW M6 pipped brother Kelvin for pole position for the opening race of the second round Lausitzring DTM German Touring Car season on Saturday morning. Sheldon duly led Kelvin, who was carrying the championship leader’s 25 kg ballast penalty, only for the order to shake out through the compulsory pit stops.

Sheldon appeared to lose pace as he dropped to ninth but Kelvin ended fourth behind Philip Ellis’ Mercedes, Liam Lawson’s Ferrari and Mike Rockenfeller’s Audi. Kelvin started Sunday's second race fourth, Sheldon seventh, but the elder brother was soon in a handy lead and driving away after the stops, when his Audi suddenly stalled. Kelvin managed to pull off a complete shut down and restart at well over 200 km/h to rescue third behind Maxi Gotz' Mercedes and Lawson.

Sheldon ended fifth but Kelvin’s efforts saw him leave Lausitz in the championship as the DTM delivered its fourth maiden winner in as many 2021 races.

Also in Europe on two wheels, SA rider Steven Odendaal stormed to second behind championship leader Dominic Ageter's Kawasaki in the opening Assen World Supersport 600 race off second on the grid on his Yamaha. Late supersub and SA compatriot Sheridan Morias ended tenth on another Yamaha. Odendaal took a tumble in the second Dutch race but fought back to 13th ahead of Morias as Ageter won again to consolidate his title lead over Odendaal.

Also at Assen, multiple champion Jonathan Rea took three World Superbike wins out of three races aboard his Kawasaki to move into that championship lead. He beat Scott Redding’s Ducati and Toprak Razgatlioglu’s Yamaha in Race 1, Michael Ruben Rinaldi’s Ducati and Razgatlioglu in race 2 and Redding and Andrea Locatelli’s Yamaha in race 3.

The only other top level racing was at a crunching Formula E London e-Prix, where BMW driver Jake Dennis beat Nyck de Vries’ Mercedes in Saturday’s opening race. Mahindra’s Alex Lynn took his maiden victory in a bizarre Race 2 win from de Vries after first man home, Lucas di Grassi’s Audi was excluded for pitting under the safety car in a controversial move that saw him vault into the lead.

A splendid taste of things to come when Formula E visits Cape Town for the first time on 26 February 2022.