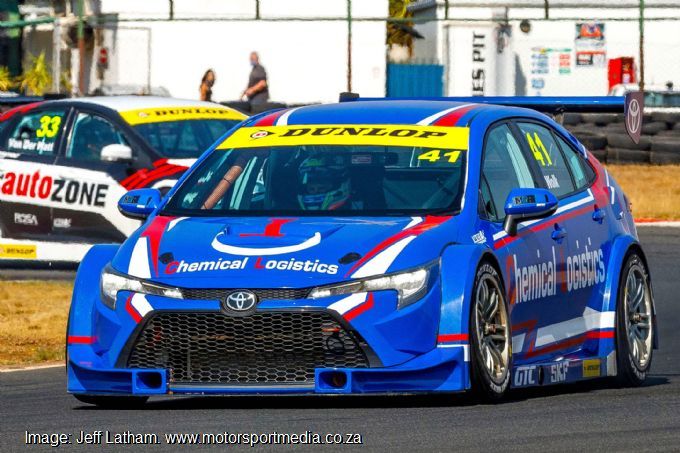 There was more Toyota success in the US and in the UK as Denny Hamlin’s Camry took the Las Vegas NASCAR win from Chase Elliott’s Chevrolet and Kyle Busch in another Toyota. And Rory Butcher’s Gazoo Corolla made it two wins out of two in a gripping second British Touring Car Championship race at Silverstone, before Jake Hill won the final in his Ford Focus.

Internationally, Lewis Hamilton took his 100th win in an epic Russian Grand Prix after his Mercedes team insisted on him pitting from second for wet rubber when rain hit late in the race. Max Verstappen stormed from the back on an engine penalty, to end second for Red Bull and retain a slim title advantage, with Carlos Sainz third for Ferrari. It was heartbreak for seventh placedd Lando Norris though. He lead most of the race for McLaren but stayed out too long on slicks.

Also at Sochi, Oscar Piastri tightened his grip on the ’21 Formula 2 title with a Feature race win after Dan Tictum won the sprint on a rain affected weekend. And Dennis Hauger clinched the 2021 Formula 3 title after finishing second in the first sprint race at the Sochi behind Logan Sargeant. Jack Doohan won race 2. Across the pond, fourth sealed the Indycar title for Alex Palou behind Colton Herta, who stormed from 14th to beat Josef Newgarden and Scott Dixon at Long Beach.

Staying on two wheels, Camden McLellan starred on his Husqvarna as he and KTM duo Tristan Purdon and David Goosen flew the South African flag high as the home team won the weekend’s Motocross des Nations in Mantova, Italy from the Netherlands and the United Kingdom.