An unlikely champion emerges from an astounding racing weekend 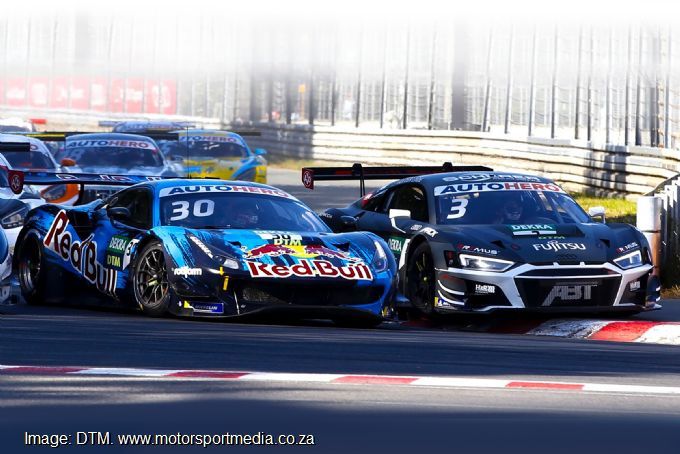 Valterri Bottas’ dominant Mercedes Turkish Grand Prix victory over Red Bull duo Max Verstappen and Sergio Perez, Charles Leclerc’s Ferrari and Lewis Hamilton’s Mercedes to see Verstappen slip back ahead of Hamilton in the title chase may have been a gripping race. But it had nothing on what went down at the highlight of Toyota Gazoo Race Week 41 as Norisring’s DTM German Touring Car finale proved a fairytale epic.

Van der Linde then emerged ahead of Götz, but they then clashed as Götz tried to find a way past, causing van der Linde to pit to change a punctured tyre. That left Mercedes running 1-2-3-4 with Götz third as team orders soon inverted the top three to allow Götz to win and steal the title. He beat the dejected Lawson by a single point, in spite of his compatriot and Ferrari teammate Nick Cassidy’s late kamikaze efforts to scuttle the Mercedes ship.

It was also chaotic across the pond at Charlotte Roval, where Kyle Larson’s team did a masterful job keeping his ailing Chevrolet running to win the NASCAR playoff at the Roval Sunday evening. The team changed batteries until it found the time to replace an alternator belt as Larson avoided the chaos that ensured throughout the evening to pass Denny Hamlin on a restart and held off Tyler Reddick off for the win. Hamlin now leads Larson and Joey Logano in the palyoffs.

Elsewhere, Johan Kristoffersson came from behind to win the Belgian World Rallycross at Spa. And in the UK, Gordon Shedden’s Honda won the opening British Touring Cars race at Donington before Tom Ingram came from behind to take race 2 for Hyundai, but was penalised, promoting Shedden to the win. Colin Turkington’s BMW dominated the final. Also at Donington, SA youngster Aqil Alibhai survived a crunching weekend to score a 9th, 13th and 17th in Ginetta Junior.

Meanwhile at Gqeberha, Charl Arangies' Lamborghini Huracan took a dominant triple G&H Extreme Supercars victory at the Aldo Scribante. He beat Cape lad Dayne Angel’s Porsche 911 GT2 in the opening heats with Kris Budnik and Paulo Loureiro sharing the thirds, while Loureiro was second from Benjamin Morgenrood’s Lexus in the final. Ricardo meanwhile beat Gianni to Balance of Performance GT3 class honours in the battle of the Giannoccaro Lamborghinis.