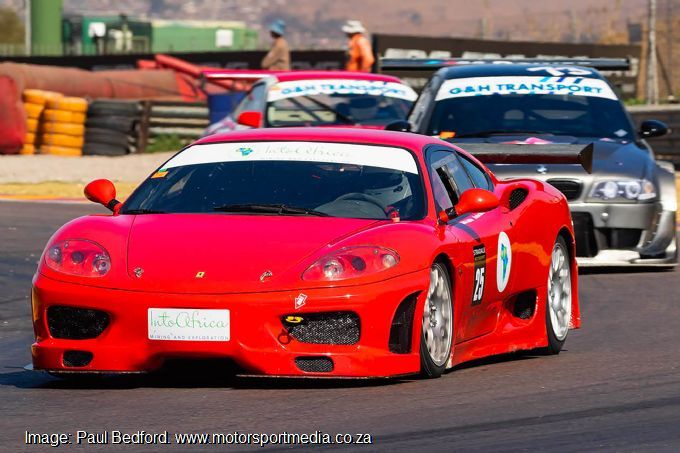 The 2021 G&H Extreme Supercars and the National GT Challenge will come to a head at Zwartkops’ final Extreme Festival meeting Saturday 13 November. Trouble is, the Extreme champions are all but crowned. But while that will be a mere formality, a few curve balls are set to toss a cat or two among the regular pigeons, with a grudge match or two, and a few other intriguing developments to keep fans entertained trackside and via live streaming.

Barring disaster, Charl Arangies will be the 2021 Extreme Supercar champion. He last won the championship in his Aston Martin GT3 in 2018, but he's taken a somewhat different path to achieve his championship end this year. Charl has raced four different cars in three different classes to stand on the threshold of this year’s title. Those include a Lamborghini Huracan and a Gallardo, a Porsche 911 and a Ferrari 36. Now he will race a fifth car on Saturday!

Arangies has entered his Into Africa Stradale Racing Ferrari F430 in the National Balance of Performance GT3 class, which Gianni Giannoccaro is leading in his G&H Transport Lamborghini Gallardo Supertrofeo. Gianni only needs to finish to win, but he will of course want to go out with a flourish. That’s no mean feat however, as not only does he have Arangies to deal with, but also Greg Parton in his Drizit Lamborghini Huracan.

Which means that this is the first rematch between Giannoccoro and Parton since they touched and both spun out at the last Zwartkops races. Should prove interesting! Talking about the National GT class, there’s a bumper entry on Saturday with regulars, Ricky Giannoccaro’s BISC Gallardo Supertrofeo and Mark du Toit’s Trans Africa Racing Ferrari F430 GT3 also in there as always.

All of them will however be concerned about Peter Zeelie bringing his A+ Class Toyota MR2 back, hot off claiming King of the Hill at the Knysna hillclimb. They say that Zeelie is the man to beat this weekend, but not if mad tin-top men, Ben Morgenrood in his monster winged Morgenrood Motors Lexus V8 or Paulo Loureiro’s similarly manic Combined BMW 335i have anything to say about it.

Spectators are of course allowed back to sporting events — log on to www.zwartkops.co.za for ticketing details. otherwise follow the G+H Extreme Supercar action via the Extreme Festival and Zwartkops' social media platforms.