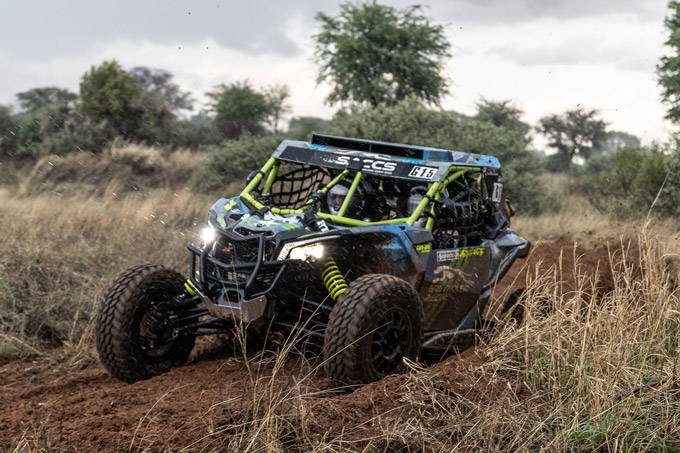 The TGRSA Parys 400 proved to be quite a challenging event, especially for teams competing in the Special Vehicle Category of the South African National Cross Country Series (SACCS) and to add to the drama, this seventh and final round of the series that took place on Saturday, 20 November, was a one-day event where competitors were under pressure from the start.

A short 15 kilometre Pirelli Qualifying Sprint determined the starting order for the main race that consisted of a 175 kilometre loop teams had to complete twice to bag their final points of the season. And looking at the line-up, the newly crowned champions, Lance Trethewey/Adriaan Roets (King Price Xtreme) were there, but this time competing in the Production Vehicle Category, however, the TGRSA Parys 400 results could still shuffle the current standings around.

In the end, it was Boela Botes/Jay Pretorius (King Price Xtreme Porter) who scored their second consecutive victory and secured their runner-up result in the Overall Special Vehicle Category as well as in the Class A Championship. Botes/Pretorius lead the category after the short Pirelli Qualifying Race. It was however not plain sailing and their collision with a fence during the first of the two loops when the brakes failed, was not on the To-Do List for the day. They had the brakes fixed and won the category (04:44:25) after a clean second loop.

It was a tight battle until the end as Lood du Preez/Tiaan Swart (Farmers Market Stryker), were the third team to take on the main race, finished a mere 56 seconds behind them after completing the 365 kilometre race. The team had a clean run until they lost power during the second loop.

There was not much between the top three teams with Sandra Labuschagne-Jonck and husband, Jaco Jonck (Moto-Netix KEC Racing BAT) stepping onto the podium for the first time this season. They trailed the runners-up by two minutes and 22 seconds and were elated to end the season off with a good result despite experiencing some mechanical issues.

John Thomson/Maurice Zermatten (Mormond Zarco Challenger) were the second team out of the blocks in the category after the qualifier and finished fourth in Class A (06:08:48).

After only competing in the season opener, Peter Walter/Shaun de Villiers, made a comeback in the Class G Side-by-Side Championship with their Can-Am Maverick and won the class. They were also the only team to finish in this class as the TGRSA Parys 400 took no prisoners as the other five teams fell by the wayside.

Werner Mostert and young Chris Visser (Jr) (King Price Xtreme Can-Am Maverick) were the leading SxS after the qualifying race, but were time-barred after they broke a wheel bearing on the first loop while the 19-year old duo of Kent Rutherford/Kabelo Mokanyane, Theo Erasmus/Edward Odendaal and Geoff Minnitt/Gerhard Snyman also failed to complete the Free State event. Bazil Bezuidenhout/Rikus Hattingh broke a ball joint in the first loop and tried unsuccessfully to repair it.

The Parys event also took its toll on the powerful vehicles in Class A. Schalk Burger/Henk Janse van Vuuren (King Price Xtreme BAT) competed in the Special Vehicle Category, but had to call it a day while fuel pressure problems as well as a malfunctioning alternator forced Nic Pienaar/Carl Swanepoel (BAT) to retire.

Keith and Andrew Makenete (BAT) took the Class P victory and with that the 2021 title.